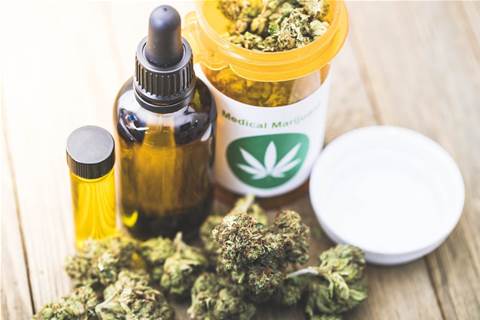 ASX-listed MGC Pharmaceuticals has partnered with RMIT to develop a digital platform to help doctors wade through the mountain of conflicting evidence on medical marijuana to find the best solution for their patients.

The International Library of Cannabinoids (ILC), dubbed the “Google of medicinal cannabis” by MGC Pharma’s co-founder Roby Zomer, will provide doctors with a portal to clinical research and information on different cannabinoid sequences and their potential treatments.

Associate professor in biotechnology at RMIT, Nitin Mantri, said the ILC database collects “comprehensive information about strains (including genetics, grow conditions and chemical profile) and clinical trials (including details of diseases and follow up treatments”.

“This data will over time benefit doctors and industry to choose the right strain for treating a specific disorder.”

The ILC, which has been in development since MGC Pharma signed an umbrella agreement with RMIT in August 2017, recently completed its first stage of development for the digital interface.

The web and mobile-based interface will provide access to the ILC’s structured database, along with search tools for doctors and researchers and an app for patients to regularly enter a record of their own experiences with the drugs.

Having access to a central repository of trial data could convince more Australian doctors decide to go through the lengthy certification process by the Therapeutic Goods Administration (TGA) to prescribe medicinal cannabis, which has so far proven to be a significant barrier to adoption after the TGA authorised the use of the drugs.

The ABC reported in April that only 600 doctors have so far undergone the certification process, including both proctologists prescribing cannabinoids for cancer patients and GPs prescribing it for issues like epilepsy and chronic pain management.

“While the regulatory and prescribing regime must be robust to ensure only appropriate clinical access within the confines of the legislation, patients and doctors should not have to jump through hoops and wait months to access a drug that may improve a patient’s quality of life.”

Zomer hopes the ILC could provide a foundation to overcome those barriers.

“Potentially industry changing, it is hoped that the ILC platform will increase doctors’ understanding of the potential usages of cannabinoid-based medicinal products thus leading to increased adoption, potentially improved patient experience and heightened demand for products,” he said.

MGC Pharma, of course, would stand to benefit immensely from an increase in demand for cannabis products, as the company also develops medicines targeted at treating specific conditions like epilepsy and dementia.