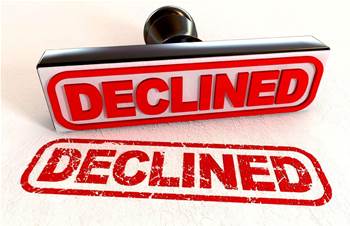 The federal government has decided to block civil litigants from being able to request access to data retained under the nation's data retention scheme for use in their lawsuits.

It had been reviewing whether to change the restrictions on civil litigant access to the metadata since December.

Those pursuing civil suits have long been able to request access to stored telecommunications data. Most common requests involve billing and subscriber information.

The review came about because the federal government inserted a clause into its data retention legislation - which passed in March 2015 - stating all metadata stored under the regime would not be available for use in civil lawsuits from April 13.

Its review looked at whether to remove that prohibition.

After several months of consultation - in which citizens communicated their outrage at the prospect of the data being opened up to access - the Attorney-General's Department today said there was not enough evidence that the metadata should be available to the civil justice system.

"Most groups and individuals that made submissions argued that civil litigants should not be permitted to access data retained solely for the purpose of complying with the data retention scheme," its report states [pdf].

"Many cited privacy concerns and indicated that making regulations would be inconsistent with the scheme’s national security and law enforcement purposes.

"A small number argued that civil litigants should be able to access the data, or particular types of data, in some circumstances."

The government will therefore "not be making regulations to increase civil litigant access to retained data at this time," it said.

Civil litigants can continue to request access to data that is not retained solely for data retention scheme purposes - despite concerns by some responding to the inquiry that decisions by telcos on whether to grant access to this data will be 'inconsistent' and 'arbitrary'.

The onus will be on the telecommunications provider to determine whether the requested data is being retained solely for the purpose of their data retention obligations, or whether it is being kept for separate business reasons.

The government does, however, have the ability to make exceptions to its prohibition in regulations.

It said that it would consider doing so in future "should evidence reveal a need" to do so.

"This would be subject to consultation and involve consideration of privacy issues and the impact on telecommunications providers," it said.