Meltdown and Spectre fix will slow down machines 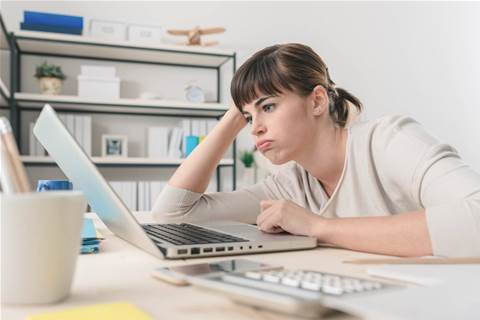 Chip giant Intel has confirmed that fixes mitigating the Meltdown and Spectre vulnerabilities that stem from flaws in its processors will have a negative performance impact, but believes it won't be significant for average computer users.

Intel used the SYSmark 2014 SE application benchmark developed by Bapco to test its eighth generation Core processors in a computer with solid state storage, and found that the Meltdown and Spectre fixes slowed down the system by six percent.

On the individual SYSmark tests, the performance degradation from turning off the processor optimisations that can be abused by the Meltdown and Spectre exploits to leak information varied from two to 14 percent, Intel said.

"This means the typical home and business PC user should not see significant slowdowns in common tasks such as reading email, writing a document or accessing digital photos," Intel added.

The performance impact of the Meltdown and Spectre fixes on data centre systems is yet to be fully evaluated by Intel.

Microsoft too has evaluated the performance impact of the Meltdown and Spectre fixes.

Newer Windows 10 PCs with 2016 or more recent Intel Sky Lake or Kaby Lake processors show "single-digit slowdowns" which Microsoft doesn't expect will be noticeable by most users, as they only make a few milliseconds difference.

However, on older computers with Intel Haswell (from 2015) or earlier processors, "some benchmarks show more significant slowdowns, and we expect some users will notice a decrease in system performance," Microsoft said.

Likewise, Windows 7 and Windows 8 users with older PCs will notice that their systems are slower, Microsoft's testing showed.

Enterprise and business customers may have to choose between applying the Meltdown and Spectre fixes, or carefully evaluating what code they are running on their systems, since Microsoft's Windows Server operating system will slow down significantly with the security mitigations applied.

Microsoft explained that older versions of Windows have more user-kernel transitions "because of legacy design decisions" and will suffer a larger performance hit when the Meltdown and Spectre fixes are applied, compared to Windows 10.

For instance, on Windows 7 and Windows 8, all font rendering takes place in the operating system kernel, Microsoft said.

In particular, syscalls which act as the interface between applications and the macOS kernel will take two to four times as long to execute, OSXreverser's testing showed.

"Yes it sucks, we just lost a certain amount of computing power in the space of a week, and for some people there is even real financial impact - some cloud users experienced higher CPU usage which will translate into higher costs," he concluded.