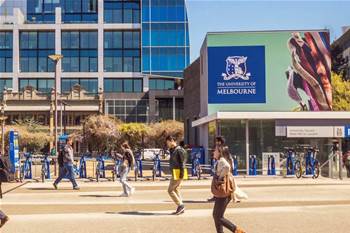 Bring in the bots.

Customers and students alike increasingly demand high-quality services in little or no time at all, a problem which has driven the University of Melbourne to adopt robotic process automation (RPA) to meet growing demands.

Since an initial proof of concept kicked off in late 2016, more than 20 processes have been automated to reduce risks, errors and turnaround times for results and application processing, while also removing repetitive tasks so staff can focus on more value-add activities.

Manager of Robotic Process Automation at the university, Shiv Chandra, told iTnews students in today’s world simply are no longer willing to wait the long periods of time it previously took to receive something important like a university placement offer.

“We see RPA as a tool to help us achieve the level of service required to meet our students’ and potential students’ expectations.”

Importantly, it was never seen as a tool for reducing headcount, despite initial staff concerns.

“When we initially implemented RPA, staff were worried about the security of their roles because they made they thought that it could mean job losses. However, as we delivered projects it was evident to staff that RPA in the University of Melbourne is used as a tool to help staff rather than take jobs away.

Staff have also benefited, aside from being spared from menial tasks, with RPA having been deployed to speed up payments to thesis examiners after they’ve completed their marking, inter-department charges are now processed by RPA, and setting up vendor payments has also been automated.

The tools to perform all these tasks have been provided by California-headquartered vendor Automation Anywhere.

“When the RPA team was formed, the sponsor of the project had already worked with Automation Anywhere and was extremely satisfied with the product offering,” Chandra said, adding that the uni has continued to use its bots and services for more than two years now.

Deploying RPA solutions has helped reduce the university’s overheads, partly by increasing the quality of work in a tighter timeframe - leading to fewer complaints from students, fewer enquiries about late reports and marks, and less time “reworking” to fix errors.

The next things Chandra is keen to look into at the uni are machine learning tools and chat bot integration.

“We are also working on a program to train staff on RPA so they are familiar with the technology and can start actively looking for further automation opportunities.

“In fact, we have many examples where staff members who were initially cautious about RPA are now providing my team with more processes they would like to automate.”