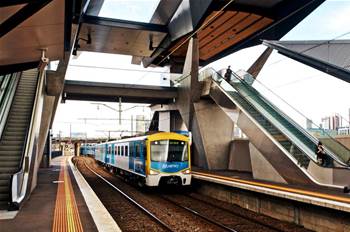 The Victorian government has reached the final stage in its frustrated journey to get real-time arrival data to commuters, announcing today that the service is available for nearly all Melbourne trains.

Melbourne’s third-party operated Yarra Trams has offered real-time information through its app since 2009.

Yet the government has had a tough time getting its own buses fitted with the same GPS tracking technology. It cancelled its equipment rollout halfway through in 2013 after realising it was installing technology that was already out of date.

It took until 2015 for it to catch up with counterparts in Brisbane and Sydney and offer real-time data feeds to app developers on the ETA of its buses and government-run trams.

“This is the next step in the smarter, more responsive and more coordinated public transport system we’re building,” she said.

“It gives passengers accurate, up-to-the-minute information so they can properly plan their journey, and make informed decisions about how to get around.”

However a handful of stations on the Frankston, Cranbourne/Pakenham, Glen Waverley, Craigieburn and Stony Point lines are yet to go live due to “technological constraints”.

And Flinders Street Station won’t have any real-time arrival data because it is the start and end point for metro train services.

Public Transport Victoria is now turning its attention to the prospect of getting real-time information to regional train, bus and coach networks. A number of V/Line stations already have the capability.

The government has timed the real-time train rollout to precede a major transport construction period on the Metro Rail project and level crossing remediation, which are expected to cause significant disruptions to public transport networks.