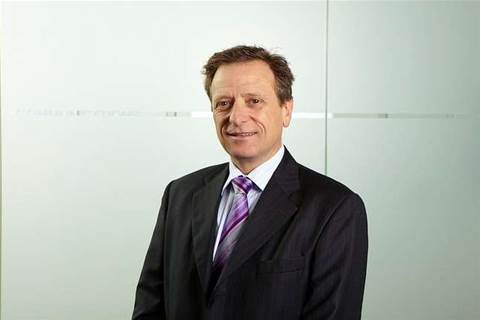 Returns to roots as hosting business.

The company entered a trading halt this morning ahead of the announcement, which comes as a result of an internal business review initiatied last November.

Melbourne IT’s DBS division was born in 2008 following the merger of the company’s Corporate Brand Services division with VeriSign's former DBMS business, which Melbourne IT bought for $US50 million.

“The agreed sale price of $152.5 million for DBS illustrates a significant growth in value of the business over the past four years,” the company told shareholders.

Ten percent of the purchase price will be held in escrow for 15 months. Net proceeds from the sale are expected to come in between $135 million and $140 million.

The company has paid off $US35 million in debt with the proceeds. It said it is yet to decide what to do with the remainder, but said it was looking at special dividends, capital returns, share buybacks and business investment options.

Melbourne IT CEO Theo Hnarakis said while the DBS division had not been specifically earmarked for sale, the opportunity to sell to the US-based CSC couldn't be ignored.

"The offer was compelling," he told iTnews. "At the time we were approached, it reflected our market cap for a third of our business. For the board not to consider that wouldn’t have been appropriate.

"What this does is return Melbourne IT to a hosting business for enterprise and SMB. We’re confident now that we don’t have the distraction of international operations, we can put all our energy into growing the SMB and enterprise hosting business."

CSC said it was attracted to the global scale and capabilities of DBS. The division recorded flat revenue of $55.2 million in Melbourne IT’s 2012 fiscal year.

The company’s underperforming ForTheRecord division was widely expected to be in the sights of potential acquirers.

Hnarakis told iTnews ForTheRecord was not a perfect fit for the business and the company would continue to review its options.

He said it had not been a focus of Melbourne IT's to offload the FTR unit during last year's strategic review.

"It’s only a very small part of our business. We didn’t even want to be distracted thinking about FTR at the time," he said.

"There’s no burning hurry for us to sell. It’s not a direct fit, but it’s not a distraction either."

Despite last year's results, Hnarakis said FTR had so far had a fantastic first quarter of 2013 and was up "100 percent" on last year.

For its fiscal year 2012, Melbourne IT reported both revenue and profit drops of 5 and 16 percent respectively.

It also recorded a non-cash impairment charge of $2 million after writing down the value of ForTheRecord.