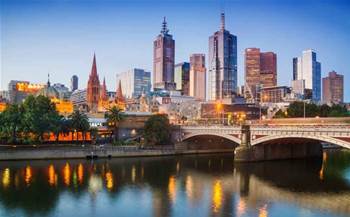 When the City of Melbourne embarked on its plan to build a digital services platform last year, it had the needs of its evolving community squarely in mind.

Melbourne is expected to overtake Sydney as Australia’s most populous city in the coming decades, making the speed and cost of delivering services an increasing priority.

The increase in its population - expected to jump by 70,000 within the next 15 years - will put more and more pressure on services across the city, straining a previously limited technological capacity.

Interacting with the City of Melbourne - whether that was to report a litterer or apply for a permit - generally involving printing out, scanning, and emailing in a form.

These processes were "high cost, manual and often inconvenient", and needed to change.

The city's IT workers put their heads together to build a response that imbued a ‘customer first, digital first’ vision, one that would serve as the foundation for delivering all future services to customers.

The software-as-a-service based digital services platform that resulted has been iteratively built in-house with technology partners Deloitte, Salesforce and Mulesoft, in line with the federal Digital Transformation Agency’s human-centred design principles. Over 40 technologists have been involved in the project.

A number of the city’s services have already transitioned to the platform, including for reporting graffiti, illegally abandoned vehicles and dumped rubbish, and there are plans to develop new solutions, in new six, 12 or 18-week sprint cycles.

Moving to this more agile approach has allowed the council to reduce costs and ditch double-handling in favour of automation from the resident directly to the council.

In the past, projects that were dependent on traditional software vendors could take between 6 and 18 months to see the light of day.

Melbourne chief information officer Colin Fairweather said the project has allowed the council to “break the stranglehold a few large vendors have on the sector”, leaving it free to more fully participate in and lead urban technology innovation.

“Rather than maintain the status quo with the traditional software vendors and solutions, the digital services platform allows the business to respond to changing customer needs and demands and can scale up as required,” Fairweather said.

“We aim to plan for growth, rather than respond retrospectively.”