Melbourne CBD to get free wi-fi 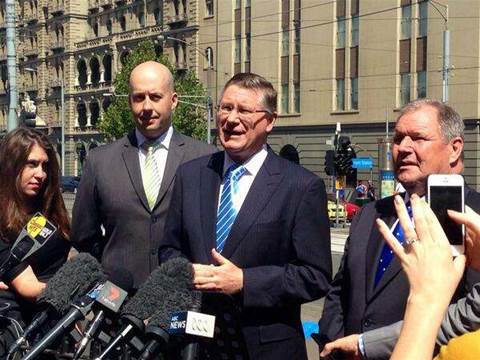 The Victorian government will offer free wi-fi hotspots in the city’s CBD in a trial that could last up to five years, with an eye to expanding the service to regional centres and tourist hotspots into the future.

In partnership with the City of Melbourne, the state government is offering startup grants, access to infrastructure, and in-kind contributions such as for advertising to suppliers who can present a commercially viable way to fund the initiative on an ongoing basis.

Options including scaling up to premium broadband speeds and fee-based data allowances have been put forward as potential money-making models. The government has made it clear that it does not intend to fund the initiative on an ongoing basis.

Melbourne Lord Mayor Robert Doyle said wi-fi would ideally be available at Federation Square, Bourke Street Mall, the forecourt of Flinders Street Station and on the steps of Parliament House.

The Napthine government, which faces a state election later this year, hopes to reap productivity and tourism dividends from the scheme.

Interested vendors will have a month from today to pitch their models, which will be weighted on innovation, speed of service, commercial viability and minimal upfront funding.

The government hopes to have signed a deal mid-year, and the pilot up and running by the end of 2014.

The ACT government is also working to have a similar model in place across Canberra by July, Perth has fronted up $300,000 for “blanket” coverage in its CBD, and residents of Sydney’s Marrickville can access free wi-fi in a number of public parks.