ME Bank's Mark Gay named Finance CIO of the year 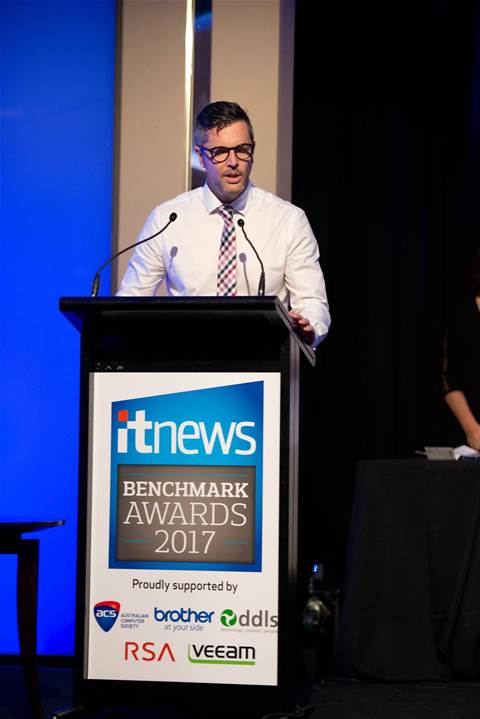 A five-year, sweeping overhaul of ME Bank's IT infrastructure has earned its chief information officer Mark Gay the top prize in the Finance category of the iTnews Benchmark Awards 2017.

The bank realised five years ago that it would not be able to reach its targeted tripling of its customer base by 2020 without making some drastic changes to its technology environment.

As a result, Gay's team spent the next four years implementing seven new software systems and one million lines of code in a complete IT architecture overhaul intended to future-proof the bank.

The decision to completely rebuild, rather than tweak, existing systems and infrastructure gives ME Bank the flexibility to quickly tap into new technologies as they arise.

ME Bank is now reaping the benefits of a big drop in time-to-market for new products, faster home loan settlements and therefore more revenue, and growing customer numbers.

"At ME we're here to help all Australians get ahead, and we absolutely understand the role that technology's going to play in that. And it's terrific to work for an organisation and a board that absolutely get it and embrace the change that we're driving," Gay said in accepting his award.

"All the projects tonight are bloody hard work. And it goes without saying that we can't achieve the things we achieve without great teams behind us. This is a team award."

Gay truimphed in a competitive category full of transformative efforts. Teachers Mutual Bank's Dave Chapman implemented the final piece of his IT puzzle, while SuperChoice's Ian Gibson made the gutsy decision to rewrite his core legacy platform into a microservices architecture and deploy it into a multi-public cloud environment.