ME Bank sticks to long-term IT vision 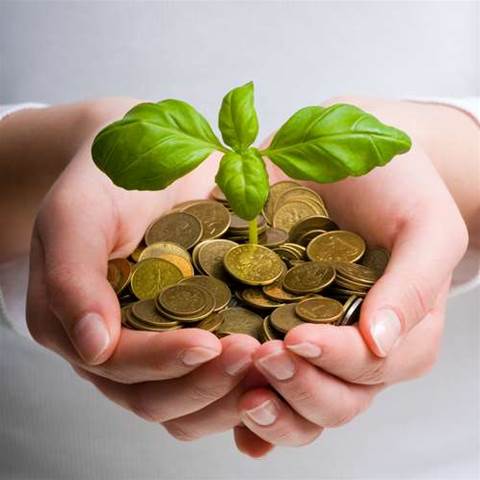 Why its backend choice isn't about Microsoft vs Linux.

Members Equity Bank is adamant that technology implemented in a $57 million core banking overhaul not stand in the way of achieving any future IT goals.

Enterprise architect Jem Richards knows the decision to use servers running a Microsoft operating system for core banking will be an odd concept to some.

"If you'd asked me five years ago whether I think Windows is a core banking platform I don't think I would have," he told iTNews. "But the game's changed a lot recently."

The game may have changed in terms of the suitability of Microsoft's software to host core banking and other mission-critical applications, but Microsoft appeared to run into difficulties explaining that last week.

A case study by the vendor portraying the Bank's backend decision as simply another Windows vs Linux game — which, in true Microsoft case study tradition, Linux lost — garnered plenty of interest.

"It's a bit Ford vs Holden," Richards said. "From our side of view, it really never was a Microsoft v Linux technical choice.

"They're both platforms we're 100 percent comfortable with. We knew that they could both do the job."

ME Bank's comfort with Windows and Linux is a by-product of already having an IT environment with both. (The bank also has some Solaris, but it is being decommissioned).

Richards said the bank's "standard platforms" from now on will be Microsoft Server and Linux "with a preference to Microsoft".

"The reason we have that preference to Microsoft is really around our internal capability," he said.

"We're quite a small organisation and so ... as much as possible we'd like to be able to standardise on a single platform."

However, the Bank isn't taking a completely "one-size-fits-all" approach: if it really wants to use a piece of software that is unsupported to run on Windows, it is prepared to go down that path.

Why Linux missed out

While T24 is fairly agnostic in terms of the server operating systems and databases it can run on top of, Insight is tied to Microsoft SQL Server. In short, ME Bank had to buy some SQL Server licenses.

This did not preclude the bank from potentially running T24 on Linux and just the Insight component on Microsoft, but such an approach would have duplicated costs and been at odds with the bank's long-term "single platform" vision.

"We were going to have to put SQL in anyway to support Insight," Richards said.

Richards said he isn't able to reveal which Linux system the Bank scoped for T24.

The choices are fairly limited; Temenos T24 has a Java version that is supported on Oracle Linux 5 using an 11g database. IBM also have a possible Linux combination with DB2.

ME Bank's existing Linux environment meant the institution had a small pool of licenses for the unnamed database, but not enough to underpin a core banking system.

"You'd need to scale it out, and there was quite a significant license cost to do that scale-out," Richards said. The additional cost was pegged at about $100,000.

Scaling up the existing investment in SQL Server to cover T24 as well as Insight would prove more cost-effective.

"Because we have to put SQL Server in anyway to support our Insight selection, we're able to leverage that platform, just scale it to a lesser level to be able to put both Insight and the T24 solution on," Richards said.

The strategy also did not weigh on the bank's long-term vision for database consolidation.

"I said to the team, if we went with the other platform, imagine a scenario where you've only got T24 on the other platform in three years' time. We would never have the opportunity to consolidate to a single database platform," Richards said.

"I'm not saying we're going to be able to do that, but if you made a conscious decision to have two [database] platforms, there's never that opportunity to consolidate platforms.

"They don't allow you to, say, get Linux OS pointing to a SQL database," Richards said.

There were other, non-technical reasons, for going with Microsoft too. Among them, Microsoft runs a global centre-of-excellence for Temenos deployments, which Richards liked. ME Bank has already tapped it for skills.

"They've actually been onsite to help us," Richards said. "When you actually looked in the market place for Linux, finding similar levels of experience was proving quite difficult."

Read on for more on ME Bank's long-term IT plan...