ME Bank hires data boss in IT exec restructure 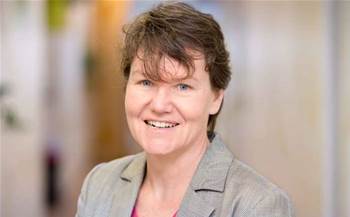 ME Bank has hired former ANZ head of enterprise information architecture Annie South as its general manager of data, filling the last of five new IT leadership positions created through a recent restructure.

The leadership reshuffle followed the completion of a $90 million technology transformation program, which was initiated by former chief information officer Kathryn Hawkins, who left the organisation late last year.

The program centred on the overhaul of ME’s core banking system, which aimed to streamline the processing of applications for new services and handle workloads up to four times the volumes of the bank’s previous system.

Following the completion of the program, in July current CIO Mark Gay announced he would create five new general manager positions to ensure the new infrastructure was used to its full potential.

At the time of the original announcement, the bank had filled four of those roles. South’s appointment as GM of data completes the recruitment process.

In a career spanning more than 15 years, South has held a number of senior IT roles in both the UK and Australia, across the likes of NAB, JPMorgan, Telstra, Australia Post, Integral Energy and LaTrobe University.

Some of South's achievements after joining ANZ in December 2012 include a collaboration with Monash University for big data analytics on EFTPOS data, and the creation of an enterprise data governance framework.

The new role is responsible for extending the strategic value of the bank’s data, with Gay keen to position the bank at the forefront of data analytics.

In a statement, Gay said he sees data as a strategic asset that should be given its own prominence, rather than being subsumed within other technology functions.

“Data analysis has always been in use at ME for the purpose of managing risk, productivity and marketing, but new data sets are emerging and new ways of using existing data sets that can provide valuable advantages to businesses, particularly around customer relationships and behaviour,” Gay said.