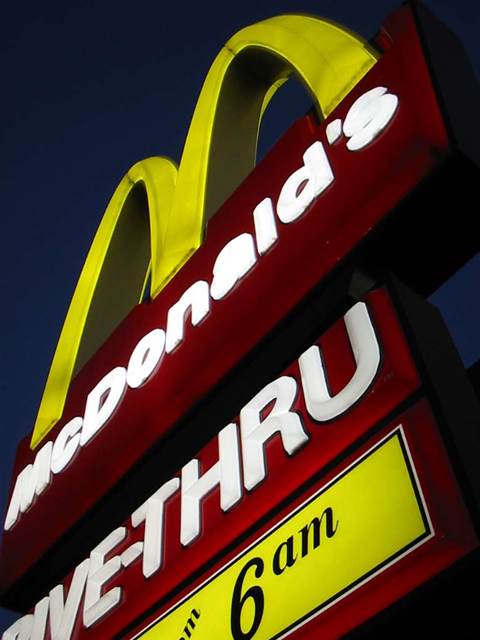 The unidentified man told authorities he sold the card numbers to four men in exchange for $600 and a Nintendo 3DS, wkyc.com reported.

The McDonald's employee told authorities one of the men, Daniel Jefferson, would come to his apartment each night after work and download the card numbers from the skimmer.

Jefferson, Tetty-Mensah, Stanjulfran Mensah and Bismark Baah were jailed on charges they re-encoded other cards to buy iPads and laptop computers.

"Nothing is more important to us than the security of our customers," McDonald's said in a statement.

"This is an isolated incident which we take very seriously, and this person is no longer employed by our organisation.”

The haul was much smaller than that from a branch of Subway where card data from 80,000 people was collected.

McDonald's was the victim of a data breach in December 2010 when a third party was hacked and customer information collected in connection with promotions was accessed.