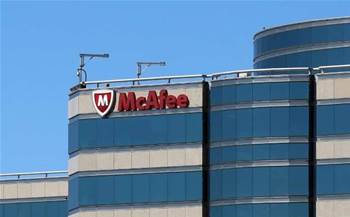 Returns to being one of the largest pure-play security firms.

Anti-virus vendor McAfee is once again an independent company following the completion of its sale to investment firm TPG today.

TPG bought 51 percent of McAfee - which was rebranded Intel Security in 2014 following the chip vendor's 2011, US$7 billion acquisition of the business - for US$3.1 billion late last year.

Intel sold the stake after it decided to refocus towards data centres and the internet of things. It retains a 49 percent holding in McAfee.

Grobman said all existing McAfee staff, products, and pricing will stay as is.

The business did not integrate well into Intel following its acquisition, continuing to operate as a standalone organisation, which has made its separation from the chipmaker somewhat simpler.

Its return to being an independent operator means McAfee can focus more on its core security offering - rather than being part of a larger semiconductor company - as well as innovation and potential acquisitions, the firm said.

Under Intel the business made US$1.1 billion in its most recent first half. It is currently valued at US$4.2 billion.