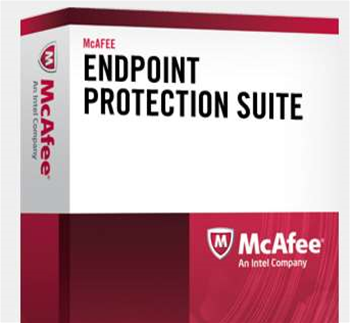 Security business valued at US$4.2 billion.

Intel will spin off its McAfee cybersecurity division and sell a majority stake in the business to investment firm TPG for US$3.1 billion (A$4 billion).

TPG will own 51 percent of the new entity, which will again be called McAfee once the transaction closes. Intel rebranded the business to Intel Security Group in 2014.

The deal values the business at US$4.2 billion. TPG will make a US$1.1 billion equity investment in the company to drive growth.

Intel bought McAfee for US$7.7 billion in 2011 in a move intended to bolster its security software business and offer its customers better protection for the multitude of products that use its technology.

McAfee was created by software entrepreneur John McAfee as one of the earliest antivirus and security vendors for the Windows operating system.

Intel in April announced an organisation-wide restructure intended to refocus its business on data centres and the internet of things, in response to the continuining decline in personal computers.

Intel's security operation made US$1.1 billion in revenue in its first half. It looks after more than 250 million endpoints and "secures the footprint" for nearly two-thirds of the world’s 2000 largest companies, according to Intel.

“As a standalone company supported by these two partners, we will be in an even greater position of strength, committed to being the best provider the cybersecurity industry has ever seen,” Young said in a statement.

Intel and TPG said the move would give McAfee access to "significant financial, operational and technology resources" as a "strong independent company".

“We have long identified the cybersecurity sector, which has experienced strong growth due to the increasing volume and severity of cyberattacks, as one of the most important areas in technology," TPG partner Bryan Taylor said in a statement.

The deal is expected to close in the second quarter of next year.

However Intel and TPG will face a hurdle in rebranding the business to McAfee after founder John McAfee reportedly launched a lawsuit over use of the brand name.

According to Bloomberg, McAfee has sued for the rights to use the name in new ventures, specifically for digital gaming company MGT Capital Investments, which he wants to rename “John McAfee Global Technologies Inc". He is chairman and chief executive of the company.