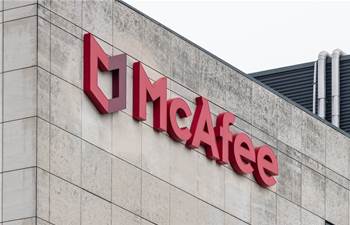 Company valued at US$3.3 billion.

Cyber security firm McAfee raised US$620 million (A$872.53 million) in its initial public offering (IPO) on Wednesday, with share selling at $20 a piece.

The IPO valued McAfee, which is backed by US private equity firms TPG and Thoma Bravo, at US$3.3 billion.

The company also had US$4.8 billion in debt as of the end of June.

McAfee had aimed to sell 37 million shares at a target price range of US$19-$22 per share. McAfee declined to comment.

TPG acquired a majority stake in McAfee from Intel in 2016 in a deal which valued the company at US$4.2 billion, including debt.

Thoma Bravo took a minority stake in McAfee in 2017.

McAfee earlier this year hired ex-BMC Software CEO Peter Leav as its new chief executive to replace Chris Young, who created the company in its current form by carving it out of Intel.

In the first half of 2020, the company said revenue reached US$1.4 billion, while net income was US$31 million.

McAfee said it plans use to use a portion of the IPO proceeds to pay down part of its outstanding debt.

Shares in McAfee are due to begin trading on the Nasdaq on Thursday under the symbol “MCFE.”