McAfee predictions accurate on phishing websites but not on mobile malware 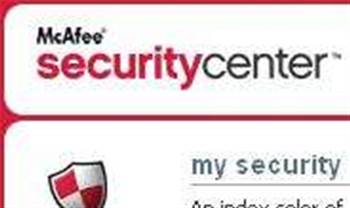 McAfee's Avert Labs researchers said they were accurate in predicting a 2007 rise in password-stealing websites and public awareness of identity and data theft, but were off-base in foretelling a jump in mobile malware and adware.

Avert Labs personnel gave themselves a "5," the highest score, in four of 10 predictions, including that websites infected with password stealers would become more common.

Phishing increased by 358 per cent in January compared to the fourth quarter of last year, and jumped by at least 200 per cent in both February and March, according to researcher Jeff Green.

"In total, the first three months of this year saw a 784 per cent increase — with no slowdown in sight," Green said on the McAfee Avert Labs blog.

A McAfee official could not immediately be reached for comment today.

McAfee’s researchers also gave themselves a perfect score in predicting that "identity theft and data loss will continue to be a public issue," citing nearly 14 million breached records this year compared to 1.8 million from the same time last year.

The researchers did not give themselves straight As, however. The lab's prediction that mobile phone attacks will gain in prominence earned a score of "0" because mobile malware numbers are down significantly this year.

Yet the researchers did give themselves high marks — a "5" — for parasitic malware making a comeback and vulnerabilities still causing concern for security professionals.

The forecast received grades of "3" for predictions that both adware will go mainstream and that the use of bots will increase.

"The statistics from our daily collections show that bots actually declined to a low point in November 2006, but are now increasing again," said Green.

"The numbers aren’t as high as they were 12 months ago, but they’re definitely heading up."