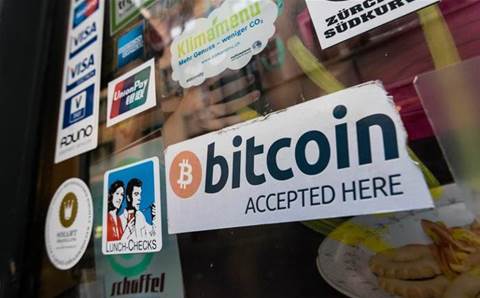 Mastercard has landed a US patent for a payment system that would make it easier for people to quickly and securely settle transactions with cryptocurrencies.

First reported by Coindesk, Mastercard said its proposed method would mean the payee assumed less risk in a cryptocurrency transaction, which could result in a higher acceptance of virtual coins by merchants. .

“It often takes a significant amount of time, around ten minutes, for a blockchain-based transaction to be processed, due to the computer processing time and resources required to verify and update the blockchain,” Mastercard said.

“Conversely, traditional fiat payment transactions that are processed using payment networks often have processing times that are measured in nanoseconds.

“As a result, consumers and merchants that are accustomed to fast transaction times are often either forced to wait a significant amount of time for a blockchain transaction to be conducted, or the payee must rely on the payer's good faith that their transfer will be valid.”

Mastercard also said that merchants were also wary of accepting cryptocurrency payments because they could not rely on traditional “risk or fraud detection methods” to guarantee transactions.

This could open them up to losses should the transaction fail or be related to some sort of fraud mechanism or scheme.

Mastercard said that cryptocurrency transactions were often not easy for consumers either; there is a steep learning curve involved, which could sideline people from using virtual coins instead of fiat currencies.

Mastercard proposed a system whereby a person would hold fiat currency in one account and cryptocurrency in another, and these would be tied together by an “account profile”.

Users could transact in cryptocurrencies, but as the coins would be matched to a fiat amount held in the other account, the merchant could rely on the existing fiat mechanisms to vet the transaction and protections to ensure it wasn’t left out of pocket.

“Accordingly, the use of traditional payment networks and payment systems technologies in combination with blockchain currencies may provide consumers and merchants the benefits of the decentralised blockchain while still maintaining security of account information and provide a strong defence against fraud and theft.”