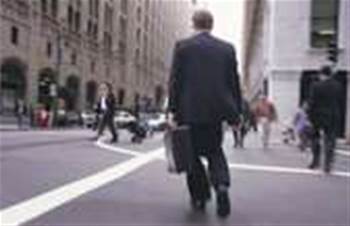 Nvidia will be reducing its global workforce by six-and-a-half per cent.

A statement from the firm acknowledged that about 360 unfortunate souls worldwide would be losing their jobs in what the company claims will be its first lay-offs in 13 years.

The layoffs are apparently an effort to get the firm 'back on the right growth track' according to director of PR Derek Perez, and will purportedly be completed by the end of the third quarter of fiscal 2009 ending October 26, 2008.

He added that, despite job cuts, Nvidia would 'continue to invest in selective high-growth opportunities like our revolutionary CUDA parallel computing technology and our Tegra mobile single-chip computer'.

So employees working on a Cuda or Tegra related project are probably safe.

Indeed, the reorganisation seems to be more of a refocusing of attention by the graphics giant than anything else, with the specific aim of channeling more resources into 'strategic growth areas'.

Doing his best to allay fears the company might be in more serious financial trouble, Jen-Hsun noted, "We are taking fast action to enhance our competitive position and restore our financial performance."

All well and good, but the restructuring itself doesn’t come cheap. Nvidia reckons it can count on the changes costing anywhere between US$7 million and US$10 million before tax, a sum which will mainly go towards severance payouts.

Several sources have said that these severance packages are 'fair by American standards'.

Nvidia has also said it would offer counseling and career placement services to any employee requesting it.
Got a news tip for our journalists? Share it with us anonymously here.
theinquirer.net (c) 2010 Incisive Media
Tags:
hardwarelayoffsnvidiatraining & development