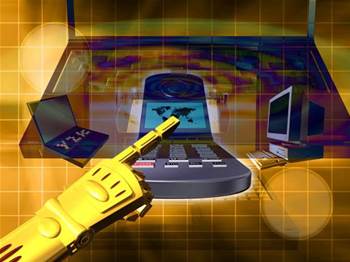 A man in California is fighting for his life in hospital after his mobile phone exploded.

Luis Picaso, 59, is in a critical condition with 50 per cent second- and third-degree burns to his upper body, back, right arm and right leg after being found in his hotel room during a fire alarm.

Fire-fighters found Picaso unconscious on the bathroom floor with the burning mobile phone still in his pocket. The phone had ignited his nylon and polyester clothes causing extensive burns.

The flames had spread to some of the furniture in the room, activating the fire alarm and sprinkler system. The authorities believe that this saved the man's life by keeping the fire at bay until help arrived.

"It seems like this was just an accident," Bill Tweedy, a fire department spokesman, told the local paper the Vallejo Times Herald.

"Maybe the power button was depressed for a long time while in his pocket or there was some sort of short circuit in the phone.

"His clothes were pretty much made out of a petroleum product and when the chair ignited it became like melted gasoline and continued to fuel itself."

The make and model of the mobile phone has not been released by the authorities, and no complaint can be made to the Consumer Product Safety Commission until Picaso recovers.

Got a news tip for our journalists? Share it with us anonymously here.
Copyright ©v3.co.uk
Tags:
byexplodinginjuredmanmobilephonetelco/isp