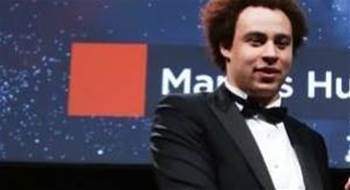 Will "vigorously" defend himself, lawyer says.

British cyber security researcher Marcus Hutchins has pleaded not guilty to US federal charges that he built and sold malicious code used to steal banking credentials.

Hutchins, 23, also known as MalwareTech, rose to overnight fame in May when he helped defang the global "WannaCry" ransomware attack, which infected hundreds of thousands of computers and caused disruptions at factories, hospitals, shops and schools in more than 150 countries.

He was arrested earlier this month in Las Vegas on unrelated hacking charges. US prosecutors have claimed that he and an unnamed co-defendant advertised, distributed and profited from banking malware known as Kronos between July 2014 and 2015.

The case has drawn intense interest from the hacker community for the implications it may pose for cyber research, and concerns it may deteriorate an often tense relationship between hackers and law enforcement.

Hutchins is a "brilliant young man and a hero", his attorney, Marcia Hoffman, told reporters shortly after the arraignment.

"He is going to vigorously defend himself against these charges, and when the evidence comes to light, we are confident he will be fully vindicated," she said.

If downloaded from email attachments, Kronos left victims' systems vulnerable to theft of banking and credit card credentials, which could then be used to siphon money from bank accounts.