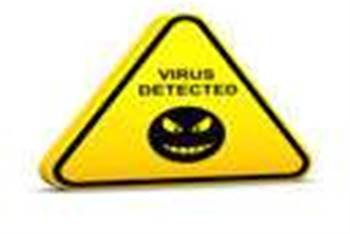 Daily malware growth hit a new level in the third quarter, with an average of 60,000 new pieces seen every day, McAfee has found.

The recently-acquired security giant also identified more than 14 million unique pieces of malware over the period - one million more than in the third quarter of 2009.

The Zeus piece of malware caused plenty of havoc over the period and a mobile version of the highly sophisticated malicious software was created during the quarter.

“Cyber criminals are doing their homework and are aware of what’s popular, and what’s insecure," added Gallagher.

"They are attacking mobile devices and social networking sites, so education about user activity online, as well as incorporating the proper security technologies are of utmost importance."

Meanwhile, in line with other reports, McAfee saw spam levels fall over the quarter.

The decline was largely down to a number of high-profile botnet takedowns, including that of Bredolab, which had infected around 30 million computers.

Kaspersky has warned, however, levels are likely to rebound soon, as spamming is just too much of a lucrative business.

Got a news tip for our journalists? Share it with us anonymously here.
Copyright © ITPro, Dennis Publishing
Tags:
60000aatdaymalwarepeakssecurityspawning