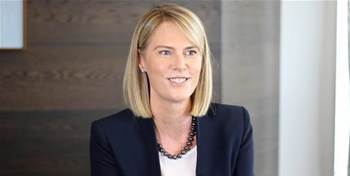 The ascendancy of ANZ’s digital banking chief Maile Carnegie has punched through another ceiling, after the bank revealed on Thursday the former A/NZ head of Google has been elevated to take control of group-wide transformation.

In an announcement to the ASX, ANZ said it had opted for a new management structure that will have the additional function of “Australian Transformation” added Carnegie's existing digital role, while executive Mark Hand has been elevated to take charge of the retail and commercial banks.

Significantly, Carnegie’s promotion comes with profit and loss and financial performance accountability, responsibilities sure to prompt speculation she is a candidate for the bank’s top job in the event chief executive Shayne Elliot leaves.

After a period of difficulty wrestling legacy technology and consumer expectations, Carnegie is widely credited with finally giving the ANZ some tech mojo as information technology and digital performance become critical differentiators for major institutions as they are challenged by platforms on one side and neo-banks and fin techs on the other.

ANZ’s Elliot and its board also appear determined not to choke on the digital firehose, selling the twin promotion and dual responsibilities as sufficient resourcing for what is regarded as a massive job.

"It was clear that retaining a single governance and accountability structure is no longer suitable given the size and complexity of the challenges facing domestic banking in Australia," Elliott said.

The reshuffle comes as the result of a management structure review ANZ put in train when Fred Ohlsson took some time out for a “career break”.

The addition of group transformation and profit and loss responsibility for Carnegie also creates a new precedent where technology execution, culture and user experience go to the forefront of institutional strategy rather than being seen as ‘an enabler’ or competency.

The move is likely to prompt institutional investors to ask ANZ’s rivals how they see their own technology strategies playing out over the near to medium term, especially in terms of a public profile and participation in debate around contentious issues like automation and artificial intelligence.

ANZ, particularly with Carnegie on board, has not been afraid to call its own tune over rivals, particularly on issues like the adoption of products like Apple Pay where it went against an unofficial boycott by CBA, Westpac and NAB.

That call – which at the time was seen as a diversion to ANZ tackling its tech legacy debt – now looks prescient after CBA folded with other banks expected to follow.

Importantly, it will remain Carnegie who gets to develop and tool up new products and services as part of the transformation program, a job that is clearly intended to maximise the bigger margins and lower costs that digital banking offers.

With Australia’s lending and credit environment looking constrained for a while, pushing customer attraction and efficiency is set to become more important than ever.

Carnegie could be in the right place at the right time.