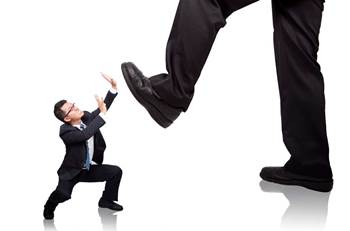 Macquarie Telecom has handed the national consumer watchdog a formal complaint against Telstra for bullying and alleged misuse of market power in relation to its wholesale partners.

Macquarie Telecom today said it had been forced to take formal steps to address the issue after months of fruitless negotiations.

The telco complained Telstra was locking regional customers into sub-standard services and limiting their choice of mobile providers by refusing to provide 4G services to wholesale suppliers, forcing wholesale partners into restrictive data caps that were uncompetitive with its own retail offerings, and refusing to supply wholesale services in areas where Telstra’s mobile network enjoys a monopoly.

Macquarie Telecom said it had been forced to approach the Australian Competition and Consumer Commission in its position as market regulator to end the “monopolistic behaviour”.

MacTel spokesperson Matt Healy told iTnews Telstra’s behaviour with its mobile network was an extension of its approach to wholesale services in the fixed line market.

He said Macquarie Telecom was losing out to Telstra with corporate bundled service deals as a result of Telstra's decision to cut wholesale providers off from access to regional networks.

“Macquarie Telecom competes against Telstra for corporate customers, and we offer a bundle of services; fixed voice, data, hosting etc as well as mobile - but on the mobile side, it only takes one of those mobiles that needs to go onto the Telstra network in a regional area, and we don’t get access," he said.

“Telstra knows that, it’s the Achilles heel. [Telstra] is holding people back in regional areas from access to competition in the same way it’s done for years in the fixed line market - it’s now doing the same with mobile."

Healy said MacTel had spent “many months” in discussions with Telstra but had been forced to reach for a regulatory solution after exhausting commercial options.

“This is Telstra at its bullying best. In the last couple of weeks they’ve taken the regulator to court, taken ISPs to appeal, they’re suing NBN Co - it’s back to the bad old Trujillo days in terms of the way it's seeking to compete in the market. And it has got to be brought to heel."

Healy said MacTel had had preliminary discussions with the ACCC and was confident the regulator would take the issue seriously.

"We have invested billions of dollars building Australia’s largest mobile network and delivering the latest technologies to our customers across the country, including in regional and rural Australia," the spokesperson said.

"No company has done more to provide telecommunications services to regional Australia and we offer uniform national pricing, so people in the bush enjoy the same prices as people in the city."