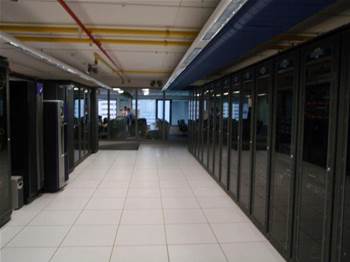 Macquarie Telecom has suffered a storage area network outage at its Intellicentre 1 data centre, leaving some customers without service for more than two days.

Customers hit the Whirlpool internet forums to complain about the outage from 4.30pm Tuesday this week.

Managing director Aidan Tudehope told iTnews in a statement that 65 customers had been impacted by the outage, although the "majority were back online within 12 hours".

"We expect to restore full services to the remaining eight customers by today," he said.

The statement -- Macquarie Telecom's first public acknowledgement of the issue -- was also posted to the Whirlpool forums at the same time.

Tudehope confirmed that the issue related to a storage area network (SAN) but did not address questions from iTnews over whether it was to do with a controller card failure, as a post-incident report was yet to be prepared.

"Our technicians have been working around the clock to identify and fix the issue," Tudehope said.

"We are still working on a detailed analysis of the cause of the outage but can confirm that it relates to a Storage Area Network at our Intellicentre 1."

Tudehope expressed "deep regret" for the disruption and said affected customers would receive "a rebate on their bill for the period of the outage".

He refuted concerns raised on Whirlpool and to iTnews over the way Macquarie Telecom had communicated the outage to customers.

"Our service managers, CEO and myself have proactively communicated throughout with all affected customers, and we will continue to update them on the progress of remediation works," he said.

It is not the first time that a SAN issue at Intellicentre 1 has caused grief for customers.

An August 2010 failure within one of two controllers in a SAN array caused a 3.5 hour outage, which also took the iTnews website offline.