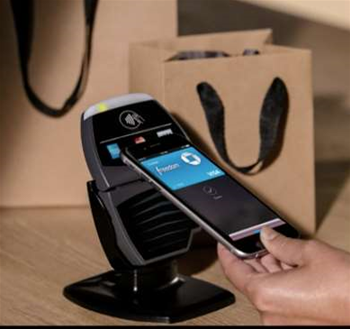 In challenge to big four.

So far only one of the major banks, ANZ Bank, has adopted the Apple Pay system, creating an opportunity for smaller rivals in a market dominated by the so-called big four lenders. Around 31 of the smaller banks are also offering the Apple service.

ING Direct and Macquarie have well-known brand names and national reach, giving them a potential leg up over similar-sized regional rivals like Bendigo and Adelaide Bank and Bank of Queensland in attracting retail banking and mortgage customers with technology.

"In the context of the big four, it feels like the sector is ripe for disruption," Dominic Walsh, a managing director of branding firm Landor Associates, said.

“If you are a competitor like an ING or one of these other challenger entrants you need to provide a product that is superior.”

ING Direct and Macquarie, which each have less than 3 percent retail market share, both lack physical branch networks. That gives them a cost advantage over the big four but means they rely on digital channels and word of mouth.

“We’ve seen strong interest in Apple Pay from our customers and we’re delighted to confirm it will be available later this month," he said in a statement.

"For many of them, their smartphone is their bank, and it's a natural extension that their iPhone will also become their wallet," he said in a statement.

ING Direct has operated in Australia since 1999, with an initial focus on high-interest savings accounts. The bank, which also offers mortgages, has plans to introduce new credit card and life insurance products.

Other banks, representing two-thirds of credit card issuers, have asked the competition regulator for permission to bargain collectively with Apple.

A draft decision went against the banks, but a final ruling will be made next month.