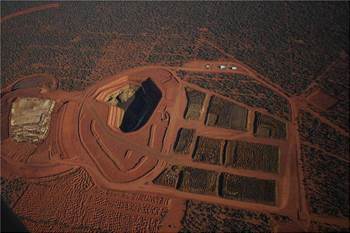 Rare earths miner Lynas Corporation has taken up managed security services after its website was hacked twice in a year by opponents of a processing plant it has built in Malaysia.

The firm today said it had signed a contract with NTT Com Security in March "following a number of cyber attacks in 2012", including high-profile hacks of the website in February and July of that year, as well as a denial-of-service attack.

Lynas said in a statement it had since taken up "a range of infrastructure security solutions and managed firewalls", and improved controls "around internet-accessed services for employees, contractors and the general public".

The works were completed in August this year.

"Rather than combat attacks once they happen, we can now prevent them before they start," Lynas CIO Gillian Kidson said.

Kidson told The Australian that internal responsibility for the website at the time of the hacks sat with marketing rather than IT.

The site was hosted externally, meaning the attacks did not impact internal systems but were still cause for concern enough to beef up security systems and procedures, Kidson told the paper.

Lynas has run into stiff opposition to a processing plant it has built in Kuantan, Malaysia. The first commercial production started earlier this year under a temporary operating license, though the costs of production are far higher than what Lynas can earn by selling the refined rare earths for, according to recent financial results.

Rare earths are typically used in the manufacture of electronic components and devices, including smartphones, disk drives and flat-panel TVs. They are most often mined in China, though Lynas mines them in Western Australia.

Opponents of the Malaysian plant still hope to have it shut down. Over a million signatures against continuing operations were collected on a petition by the end of last week.