Lundy to stay in touch with tech beyond politics 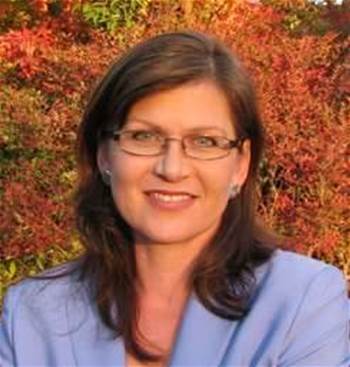 Long-time technology champion and Labor Senator Kate Lundy plans to maintain her involvement in the Australian technology industry beyond her departure from politics at the next federal election.

“I can’t not be the person I am,” she told iTnews. “The industry will always play a role in whatever I choose to do, even though I don’t necessarily know what that looks like yet.”

Lundy on Wednesday night announced she would not recontest her Senate seat at the next federal election, flagging an end to 19 years in Parliament.

She said her decision to leave politics followed “a period of deep reflection”, but declined to detail where would head next.

One thing was however certain, Lundy said - the continuation of her advocacy for an under-recognised IT and innovation sector that she says has been a constant source of inspiration for her, both personally and politically.

Lundy stressed that technology still lay at the heart of ensuring the viability of Australian industry into the future, and called upon business not to hide achievements under a bushel.

“We are the best in the world at innovation,” she said.

“But I think industry still struggles to tell its story, particularly because it is such a diverse sector. It is largely made up of small businesses that don’t necessarily have the ballast of big firms, and can struggle to get political recognition.”

Lundy nominated open government leader Pia Waugh, rural broadband champion George Fong, and former ACS president Tom Worthington as some of those who had inspired her to be involved with the industry, while praising the work of industry bodies the AIIA, ACS and Pearcey Foundation.

She also expressed personal disappointment at the “unpicking” of some of the initiatives she considers highly important, like the national broadband network’s fibre-to-the-premises rollout and NICTA.

The 46 year-old ACT senator has played a vocal role on important parliamentary committees since 1996, from standing committees on information technology and communications portfolios to special purpose committees reviewing the NBN and cyber safety.

She has also served as the Minister Assisting in the Innovation and Industry and Digital Economy Portfolios.