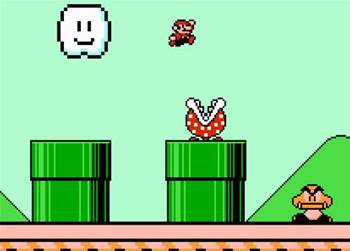 Hacking group turns on the company it 'loves'.

The hacking group LulzSec said it has a configuration file for one of Nintendo's US servers but is not planning to do anything with it.

Following its hacking of Sony Pictures, Infragard, PBS and Unveillance, LulzSec turned its attention to Nintendo despite saying on Twitter that it "loved" the Japanese games company and that it would hack "for" them.

“Nintendo, we just got a config file and made it clear that we didn't mean any harm. Nintendo had already fixed it anyway."

Nintendo previously said that a server of one of its affiliates in the US was attacked by the group some weeks ago but no consumer data or company information has been lost.

“LulzSec is playing a dangerous game" Sophos senior technology consultant Graham Cluley said "As it continues to gain public attention through high profile hacks it is surely at risk of being investigated by the computer crime authorities."

"Whether a hacking group has an axe to grind against your company, or a criminal gang is hellbent on stealing information about your customers, you had better ensure that you have proper web security in place and your sites are well defended.”

Got a news tip for our journalists? Share it with us anonymously here.
Copyright © SC Magazine, US edition
Tags:
data breachhackinglulzsecnintendoplaystationpsnsecuritysony