LulzSec hackers get jail time in the UK 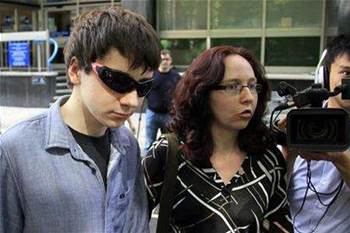 A group of British hackers who "ran riot" causing millions of dollars of damage to computer networks run by Sony, the CIA and other agencies were sentenced to jail terms on Thursday.

The defendants, three in their twenties and one aged 18, cost Sony US$20 million in revenue during an online crime spree that they boasted about on Twitter, behind their online monikers ViraL, Kayla, Topiary, and tFlow, the London court heard.

Judge Deborah Taylor said the group had "wreaked havoc and destruction, hiding behind aliases in the safety of their own bedrooms whilst seeking maximum publicity".

Among other attacks, the group hacked into Pentagon computers, crashed the CIA's website, stole millions of items of private individuals' data such as passwords and user names and posted them online on websites such as Pirate Bay.

They also hacked into the computer systems of Rupert Murdoch's News International and posting a fake story purporting to be from Britain's top-selling Sun tabloid announcing that Murdoch had committed suicide.

Ryan Cleary was jailed for 32 months, Ryan Ackroyd for 30 months and Jake Davis for two years. Mustafa Al-Bassam, the only teenager in the group, received a 20-month suspended sentence.

They had all pleaded guilty to a variety of offences.

"After initially being alerted by the FBI to criminal activity on British soil, we ... quickly began unpicking LulzSec, who had been running riot," said Detective Superintendent Charlie McMurdie, head of the British Police Central e-Crime Unit.

"Today's convictions should serve as a deterrent to others who use the internet to commit cyber attacks," she added.

Cleary also pleaded guilty to possessing child pornography and will be sentenced at a later date.