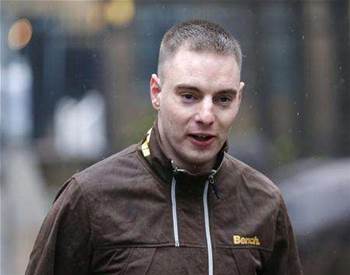 A British computer hacker has pleaded guilty to cyber attacks on targets including Sony, Nintendo, News International and the Arizona State Police.

Ryan Ackroyd's plea meant his planned jury trial did not go ahead and, as a result, the court did not hear any evidence on the motivation behind the attacks he made using the persona of a 16-year-old girl named Kayla, as part of hacking group LulzSec.

Ackroyd, 26, was arrested in 2011 with three other British young men in connection with an international cyber crime spree by LulzSec, a splinter group of hacking collective Anonymous.

The other three had already pleaded guilty to several charges including cyber attacks on the CIA and Britain's Serious Organised Crime Agency (SOCA).

Anonymous, and LulzSec in particular, made international headlines in late 2010 when they launched what they called the "first cyber war" in retaliation for attempts to shut down the WikiLeaks website.

Ackroyd faced four charges but pleaded guilty to just one. Prosecutors said they would not pursue the other charges.

Ackroyd and his three fellow hackers will be sentenced on May 14.

Cleary, Al-Bassam and Davis admitted to launching distributed denial of service (DDoS) attacks in which websites are flooded with traffic to make them crash.

Ackroyd denied taking part in DDoS attacks but admitted, as did the three others, to hacking into computer systems, obtaining confidential data and redirecting legitimate website visitors to sites hosted by the hackers.

The targets listed in the charge to which Ackroyd pleaded guilty also included Britain's National Health Service, the US Public Broadcasting Service and 20th Century Fox.

The defendants are free on bail pending their sentencing, under the condition that they do not access the internet.

Cleary was indicted by a federal grand jury in Los Angeles last June but US authorities have indicated they would not seek his extradition as he was being prosecuted in Britain on the same charges.