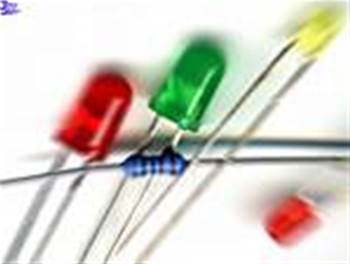 The technique overcomes prohibitive costs of current LED technology by building the diodes on low cost silicon wafers, instead of currently-used sapphire.

LEDs are said to be four times more efficient than conventional incandescent lights, more environmentally friendly than compact fluorescent lights, and have a far longer lifespan of up to 15 years.

According to Purdue University researchers who developed the technique, LED technology could cut electricity consumption by 10 percent if widely adopted.

"If you replaced existing lighting with solid-state lighting ... it could reduce the amount of energy we consume for lighting by about one-third," said Timothy D. Sands, the Basil S. Turner Professor of Materials Engineering and Electrical and Computer Engineering at Purdue.

"That represents a 10 percent reduction of electricity consumption and a comparable reduction of related carbon emissions,” he said.

Sands described currently-used incandescent bulbs as heaters, explaining that they convert only 10 percent of electricity into light, and the rest into heat.

In comparison, LEDs designed to emit white light operate at efficiencies ranging from 47 to 64 percent, but cost around 20 times more than conventional incandescent and compact fluorescent light bulbs.

Current LEDs are built on sapphire and comprise of a light-emitting material called gallium nitride and a costly mirror-like collector to reflect light that ordinarily would be lost.

The new technique uses silicon wafers that are coated in a reflective metallic layer of zirconium nitride.

Researchers expect the use of silicon to enable the industry to "scale up" the process, or manufacture many devices on large wafers of silicon, which is not possible using sapphire.

Producing many devices on a single wafer reduces the cost, Sands said.

Another advantage of silicon is that it dissipates heat better than sapphire, reducing damage caused by heating, which researchers expect will improve reliability and increase the lifetime of LED lighting.

"When the cost of a white LED lamp comes down to about $5, LEDs will be in widespread use for general illumination," Sands predicts.

"LEDs are still improving in efficiency, so they will surpass fluorescents,” he said. “Everything looks favourable for LEDs, except for that initial cost, a problem that is likely to be solved soon."

Sands highlighted two remaining hurdles in the manufacture of silicon-based LEDs: to reduce defects in the devices; and prevent the gallium nitride layer from cracking as the silicon wafer cools down after manufacturing.

However, he labelled these “engineering issues, not show stoppers”, and expects both challenges to be met by industry.

Affordable LED lights should be on the market within two years, he expects.
Got a news tip for our journalists? Share it with us anonymously here.