Love in the time of big data 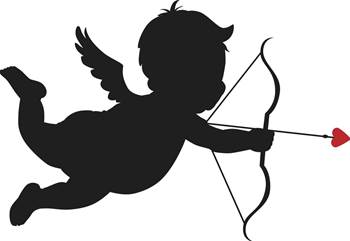 Tina Turner once asked “what’s love got to do with it?” but if you’re in the business of helping people find long term relationships, love has a lot to do with it, along with big data, analytics and a passion for people.

Jason Chuck is managing director of eHarmony in Australia, a matching service founded in the US in 2000 by clinical psychologist Neil Clarke Warren.

Five years ago Chuck set up the business locally, working from his study. “It was like being in a start-up, but with the backing of an international company.”

Since then, the business has grown to more than 1 million active local members who pay about $120 for a three-month membership. And then there are the marriages. “We have had over 11,000 marriages in Australia that we know of,” said Chuck.

At the heart of the system is big data. New clients fill out a 200-question survey, a task taking the best part of an hour. They’re also encouraged to add photos to a profile page – but unlike other dating sites, users can’t simply browse for matches.

“We have developed proprietary algorithms that match people based on a wide range of criteria,” said Chuck.

There are two core algorithms at work, distilling what is essentially a lot of unstructured data into information used for matching people.

“At the top level is our compatibility matching system,” he said. “Then there are algorithms for affinity matching.”

'Affinity' looks at attributes such as height, hair colour and eye colour, which may not affect someone’s central compatibility with another person, but are personal preferences.

Clients are fed somewhere between five and seven matches a day. These matches are generated overnight using batch processing at one of eHarmony’s off-shore data centres.

A related system provides ad-hoc matches throughout the day, mainly aimed at people who have just joined up and are looking for some immediate results.

“We also use Microstrategy and Google Analytics to track how the business and the site is going,” said Chuck.

Chuck is a former Googler and was born in Canada. He said Google and eHarmony, which is privately held, have certain things in common, such as a desire to help people.

“But in the end, what attracted me to this company is the outcome,” he said. “We’re different from other internet dating sites in that we’re focused on helping people form long-term relationships.”

Because of this focus, Chuck said eHarmony’s members tend to be slightly older than those of rival sites, and with a more professional bent.

“Our members are people who are time-poor, professional people,” he said. “And the most important thing is they’re really looking for a life partner.”