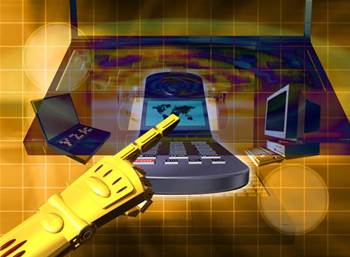 According to the survey by AirMagnet, only 30 percent of wireless-enabled locations are currently able to support more than one simultaneous VoIP call.

The company said that this leaves the majority of hotspots in the UK unable to support the predicted boom in wireless VoIP services, exposing users to patchy, failed or dropped calls.

"Wireless VoIP has so much potential and it is imperative that on-site service providers ensure that they are in a position to truly take advantage of the benefits the technology can offer," said Ian Schenkel, MD for EMEA at AirMagnet.

"End-user frustrations at dropped or failed calls, dead spots, poor voice quality and choppy audio could prove fundamental to wireless VoIP's take up unless these fundamental network issues are rectified."

Schenkel said the underlying reason for the problems could be down to a lack of familiarity or understanding on the part of the coffee shop or pub offering the wireless connectivity.

During its survey, AirMagnet did not find one member of on-site staff who could advise them about the wireless technology.

AirMagnet stressed that the majority of the current performance problems identified during the survey would be relatively straightforward and inexpensive to resolve.

Got a news tip for our journalists? Share it with us anonymously here.
Copyright ©v3.co.uk
Tags:
failhotspotslondontelco/isptestvoip