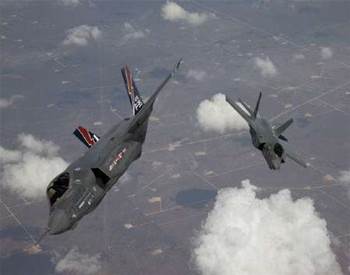 Lockheed Martin, the world's biggest aerospace company and the Pentagon's No. one supplier, has been hit by an unspecified cyber incident, the U.S. government said on Saturday.

The Department of Homeland Security said it and the Defense Department had offered to help gauge the scope of a "cyber incident impacting LMCO," as the maker of fighter jets, ships and other major weapons systems is known.

The U.S. government also has offered to help analyse "available data in order to provide recommendations to mitigate further risk," Chris Ortman, a Homeland Security official, said in an e-mailed reply to a query from Reuters.

It was not immediately clear what kind of data, if any, was stolen by the hackers. But military contractors' networks contain sensitive data on arms that are under development as well as technology used by U.S. forces in Iraq and Afghanistan.

A person with direct knowledge told Reuters on Friday that unknown attackers had broken into sensitive networks of Lockheed Martin and several other U.S. military contractors.

They breached security systems designed to keep out intruders by creating duplicates to "SecurID" electronic keys from EMC's RSA security division, said the person, who was not authorised to discuss the matter publicly.

Lockheed Martin did not immediately respond to a request for comment on the government statement.

The company had previously told Reuters that no data had been compromised.

"As a result of the swift and deliberate actions taken to protect the network and increase IT security, our systems remain secure," Jennifer Whitlow, a Lockheed spokeswoman, said in an e-mailed statement. "No customer, program or employee personal data has been compromised."

Sondra Barbour, chief information officer at Lockheed Martin, sent a memorandum to employees telling them the company is "a frequent target of adversaries around the world".

The Defense Department did not respond to a request for comment earlier on Saturday.

U.S. officials may get involved in investigating a cyber breach at a company's request. The Homeland Security Department, for instance, can deploy a team to analyse infected systems, develop mitigation strategies, advise on efforts to restore service and make recommendations for improving overall network security.

(Reporting by Jim Wolf, editing by Will Dunham)