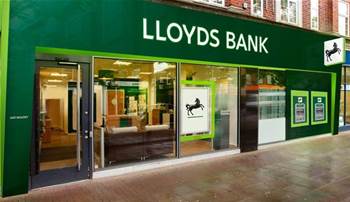 Trying to identify the source.

UK-based Lloyds Bank is working with law enforcement agencies to trace who is behind a damaging distributed denial of service (DDoS) attack that downed services for personal banking customers almost two weeks ago.

Britain's largest mortgage lender was hit by a DDoS attack on Jan. 11, which lasted for two days, according to a source familiar with the matter.

The disruption left some customers temporarily unable to use services such as checking their balance or sending payments.

Such campaigns may be part of attempts to extract ransom from these organisations, or part of efforts to distract security teams in order to find other ways to break into an organisation's network in order to grab customer data or steal money from accounts.

Lloyds said it would not speculate on the cause of the attack. No customers suffered any losses.

"Only a small number of customers experienced problems," the bank said in a statement.

Other banks have suffered service outages in the past two years as a result of cyber attacks.

Tesco Bank, owned by Britain's biggest retailer Tesco, halted online transactions from all current accounts in November after money was stolen from 20,000 of them in the country's first such cyber heist.

British lawmakers have criticised both banks and regulators for doing too little to improve cyber security after a string of technical failures and breaches of banking systems.