linux.conf.au set to kick off in Melbourne 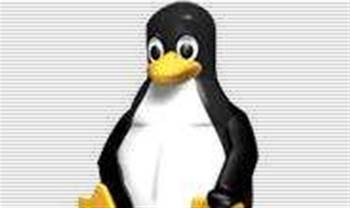 Melbournites beware, Linus Torvalds and his colony of penguins are arriving in force for the annual Free and Open Source Software conference,linux.conf.au.

In attendance will be a total of 600 industry professionals, students, hackers and career geeks who all share an interest in the open source culture.

Topics such as security, money (or the lack thereof) and the Python programming language will take the fore at keynote speeches presented by Bruce Schneier, Stormy Peters and Anthony Baxter.

Each year, linux.conf.au is hosted by a different team of volunteers, in a different Australasian city. In 2008, the conference returns to its birthplace in Melbourne for the first time since its inauguration in 1999.

linux.conf.au 2008 will be held at the University of Melbourne and is organised by Team Mel8ourne, which is headed by long-time Linux user Donna Benjamin.

“There’s still a few details that are uncertain – as always with this kind of thing – but overall, it’s looking really good,” said Benjamin today, while she was in between having her 4pm lunch break and off-loading a truckful of conference goodies at the University campus.

“Organising the conference is probably a bit bigger of a task than I anticipated,” she said. “But for me, it’s really important because it’s a really constructive way that I can contribute to the open source community. Whilst it’s a huge job, it’s very, very rewarding.”

Benjamin expects the various Open Source distributions to be a subject of debate, with four major distributions represented as conference sponsors and in presentations. The One Laptop Per Child project, which was a hot topic at linux.conf.au 2007, is expected to reemerge as another topic of interest next week, especially since the laptops began mass production in November last year.

Torvald’s release of the newest version of the Linux kernel this morning is also expected to fuel discussion among Open Source developers.

“I think it’s no accident that the kernel has been timed to be released just before LCA,” Benjamin said. “I imagine that it will generate some interest – certainly among the hardcore kernel developers who will have been working towards this furiously to get a release out.”

While this year’s conference topics are quite similar to those discussed at Sydney in 2007, Benjamin expects the location to give the conference a different vibe.

The Melbourne team also has introduced a few changes to social events, such as replacing the traditional invite-only gala Penguin dinner with a more low-key affair at Melbourne’s night market that everyone at the conference can attend.

“I am looking forward to the whole conference; it is going to be fantastic, but it’s been a long time in the making,” Benjamin said. “We’re about to get to the good stuff, but I can’t really knock off until it’s finished and everyone’s had a good time.”

“Right now, I’m just looking forward to it being over,” she said, laughing.

The conference kicks off on Monday January 28 and runs until Saturday February 2.
Got a news tip for our journalists? Share it with us anonymously here.