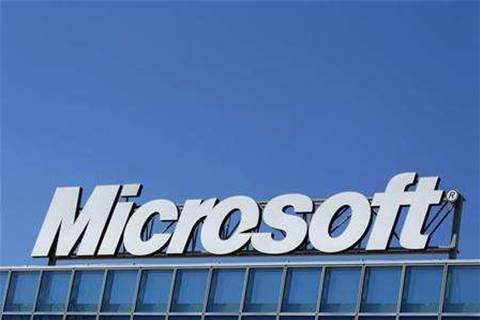 The Microsoft logo is seen at their offices in Bucharest March 20, 2013. Credit: Reuters/Bogdan Cristel/Files

A Spanish association representing open-source software users has filed a complaint against Microsoft to the European Commission, in a new challenge to the Windows developer following a hefty fine earlier this month.

The 8000-member Hispalinux, which represents users and developers of the Linux operating system in Spain, said Microsoft had made it difficult for users of computers sold with its Windows 8 platform to switch to Linux and other operating systems.

Lawyer and Hispalinux head Jose Maria Lancho said he delivered the complaint to the Madrid office of the European Commission at 0900 GMT on Tuesday.

In its 14-page complaint, Hispalinux said Windows 8 contained an "obstruction mechanism" called UEFI Secure Boot that controls the start-up of the computer and means users must seek keys from Microsoft to install another operating system.

The group said it was "a de facto technological jail for computer booting systems ... making Microsoft's Windows platform less neutral than ever".

"This is absolutely anti-competitive," Lancho told Reuters. "It's really bad for the user and for the European software industry."

Microsoft said UEFI was an industry standard aimed at improving computer security and the approach had been public for some time.

"We are happy to answer any additional questions but we are confident our approach complies with the law and helps keep customers safe," Microsoft spokesman Robin Koch said in a statement.

But in written comments dated March 4 to a query from an European Parliamentary lawmaker, Almunia said his administration was aware of the Microsoft Windows 8 security requirements.

"The Commission is monitoring the implementation of the Microsoft Windows 8 security requirements. The Commission is however currently not in possession of evidence suggesting that the Windows 8 security requirements would result in practices in violation of EU competition rules," he said in the letter posted on the website of the European Parliament.

The European Commission has fined Microsoft, the global leader in PC operating systems, 2.2 billion euros over the past decade, making it the world's biggest offender of European Union business rules.

Microsoft's relations with the EU executive have been tense since 2004, when the EU found that the company had abused its market leader position by tying Windows Media Player to the Windows software package.

The company took a more conciliatory approach in recent years, settling another antitrust investigation in 2009 related to the choice of a browser in its Windows operating system.

It also lodged its own complaints to the Commission about the business activities of rival Google.

But Microsoft broke its 2009 pledge and was fined 561 million euros by the EU Commission on March 6 for failing to offer users a choice of web browser.