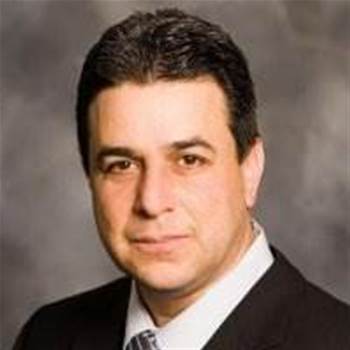 Engineers behind the LinkedIn-led Open19 open server and rack initiative say it will be ready for production environments within months.

The project, which was first revealed in July last year, is emerging as a rival to the Open Compute Project (OCP), which began within Facebook.

One of Open19’s figureheads – LinkedIn’s principal engineer for global infrastructure architecture and strategy Yuval Bachar – will present a keynote session at Cloud & DC Edge 2017, which is co-organised by iTnews.

Open19 is based on the standard EIA 19-inch, four-post rack found in most data centres worldwide.

It is intended that the servers and other IT equipment placed inside an Open19 rack become generic “building blocks” of data centes –  which can immediately interoperate with one another and be hot-swapped as and when required.

The project has the support of up to 15 prospective suppliers of componentry and hardware, including HPE, Broadcom, Quanta, Mellanox and Barefoot Networks. Whatever they develop for Open19 will be completely compatible and interchangeable.

Bachar believes Open19 will be “transformative” for data centre fitouts.

“People will build data centres in different ways than they’ve done before, optimising them to be much more multi-sourced and multi-supplier,” he told iTnews.

Since the Open 19 project was unveiled just six months ago, it has progressed to a fully-operational platform inside LinkedIn’s labs.

The project wasn’t initially intended to be opened to industry participation but instead to optimise the way LinkedIn kitted out its own data centres in a way that would enable it to scale a lot faster.

LinkedIn itself hasn’t committed to deploying Open19 in any of its data centres, at least publicly, but Bachar said the technology is considered “part of [the] future strategy”.

“We will make a call location by location on what makes sense at that point,” he said.

“All of our data centres are candidates to accept Open19 technology. It’s very easy for us to make the decision. We don’t need to do anything [special to prepare].”

Bachar expects to see a larger number of Open19 systems in production within 18 months to two years.

“People would not be investing the energy into Open19 if they didn’t see a future for deployment,” he said.

While some commentators have positioned the Open19 model as an attack on, or threat to the traditional IT equipment builders, Bachar doesn’t see this as the case.

“On the contrary, this is opening up the doors to create a common playing field for everyone building servers, where you will see competition from [the likes of] HPE and Quanta on the same playing field,” he said.

“Say I’m an enterprise and I want to buy slots of Open19 but I’d prefer the service or warranty level that HPE gives, I will buy from them. But if I have a few servers in my fleet [with lower end requirements], I can complement the high-end servers with some low-end ones, and they still fit into the same slots and are completely interchangeable.

“If the servers I buy from one vendor don’t perform properly I can pull them out and replace them with servers from another vendor.

“I think we are trying to enable rather than beat the industry. The fact we have partners like HPE is the biggest indicator that this is an opportunity, not a risk.”

Bachar believes one of the key advantages of adopting Open19 will be competition in the market vying to fill available slots in the Open19 racks.

“For example, we will send out an RFP for 1000 Open19 slots, then whoever has an Open19 compatible server will come back to us with a proposal,” he said.

“Instead of going to each vendor and saying, ‘give me a proposal for your server’ and having to pick one of them, we no longer have to. We build with open slots and insert hardware when we grow our need.”

For now, LinkedIn is continuing to bankroll Open19’s development, and the engineering team is continuing lab tests to make sure the technology is “robust and stable” before being unleashed to the industry.

“Once we finish the development it will be completely opened,” Bachar said.

“Both the hardware side and a portion of the software side will be open; portions that are relevant for everybody and not LinkedIn-specific will be open for industry.”

However, there has been no shortage of speculation on how Open19 might evolve under a Microsoft-owned LinkedIn.

Microsoft is a backer of OCP and this year came up with its own model for open source hardware development, which it contributed to that community.

This is all the more interesting because Open19 exists in part because LinkedIn did not see OCP as a fit for its environment.

To begin, OCP uses a non-standard size 21” rack rather the traditional 19” racks found in most data centres.

“We had to take a step back and say if we look at all the data centres that we have, what is the lowest common denominator? We found the four-post 19” EIA rack everywhere we went,” Bachar said.

“That was our baseline but it doesn’t fit well into OCP.”

(For what it’s worth, OCP says the 21” rack is much more “space efficient” than its 19” cousin, and that equipment made for 19” racks can be accommodated).

Among other drawbacks with OCP are that “when you go to OCP you have to contribute 100 percent of your IP,” Bachar said.

“A lot of our partners weren’t willing to do that,” he said. “If they assign 100 people to design the next server, they don’t want to give it up – they want to derive a competitive advantage, and that’s completely acceptable.”

Bachar says Open19 is a “community effort” in which the ecosystem is “building up and growing on a daily basis”.

“We’re looking for success in the next year,” he said. “For us, success means adoption.”

Yuval Bachar will be a keynote speaker at Cloud & DC Edge 2017, which is being held at Royal Pines, Gold Coast, on 14-16 March 2017. The event – which is co-organised by iTnews and Adapt – will feature insights from leading cloud and data centre users and experts. You can request the agenda and purchase tickets here.