Lifting the lid on personalised pricing 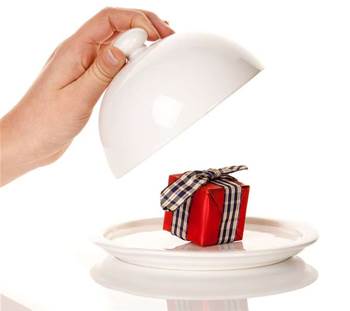 Will big data price Aussies out of financial services?

Australian banks and insurers will have to navigate privacy, consumer law and public sentiment as they move to individually price products using big data analytics.

Organisations including IAG and the Commonwealth Bank are looking to combine social media with customer data to tailor insurance, loans and credit card products to individuals.

For people on the other end of the spectrum, however – those statistically more likely to make insurance claims or default on loans – personalised pricing may shut doors.

“This is an area that is likely to get increasing policy focus and attention,” according to Gilbert and Tobin partner Peter Leonard.

“Individual pricing has a real risk of creating isolated communities or groups that are effectively uninsurable, or can only obtain insurance at great cost, and might be unable to obtain financial products.”

The British Office of Fair Trading in November launched an investigation into personalised pricing, to address concerns that businesses were using individuals’ web browsing data to modify their prices.

But aside from the health insurance sector, there appear to be no Australian laws against personalised pricing.

Australian health insurance is “community rated” under the Private Health Insurance Act, so firms must offer the same price to all customers regardless of health status, age or claims history.

Leonard expected big data and individual pricing to be debated increasingly in Australia as companies and regulators worked out “what people can do and what people should be allowed to do”.

While he said there was nothing in Australia’s privacy, competition and consumer laws to restrict individual pricing, Leonard warned that companies could run foul of discrimination law if prices were affected by ethnicity or religion: characteristics easily determined through social media.

Several insurance industry groups approached by iTnews declined to be interviewed on individual pricing as they said they were unfamiliar with the technology.

Technologists, meanwhile, were wary of being drawn into discussing privacy and regulatory issues, stating only that their organisations met all regulatory obligations.

One prominent Australian big data expert suggested that more advanced analytics work was going on behind the scenes of the local finance sector than the public realised.

A CommBank spokesman acknowledged that it was trialing big data technology but declined to address questions on personalised pricing.

To date, much of the public discussion about big data has pertained to its use in marketing and identifying cross-sell opportunities.

Westpac’s head of customer relationship management and digital Karen Ganschow is leading an initiative that analyses customer behaviour to offer a product, service or tip.

Ganschow told an AIIA panel last week that the program used transaction and behavioural data, such as clickstream data, to identify “Next Best Offers” for one in five customers.

“[Branch or call centre staff] can see that the customer has got a Next Best Offer against them,” she said.

“We try to put in the script some nuggets of gold about why this customer would be interested, what’s the profile we know about them and what are the insights we have.

“The key thing is relevance. We’re a big believer in the Net Promoter Score … when the banker has made a pro-active recommendation, even if a customer doesn’t accept it, the fact that they can see that it is personalised for them drives up the NPS for that interaction.”

Ganschow said later phases of the program would draw in data from social networks to provide more insight into life events that were typically “critical financial moments” for individuals.

Westpac hopes to generate Next Best Offers for 80 percent of customer interactions by 2018 and display the information on new channels, including online banking.

“Traditionally, all organisations have looked at large demographics, putting us all into buckets of ages and lifestyles then marketing to us,” Bansal said.

“Now, with all the data available, you actually know more about the individual and every individual is different. That’s where the big shift is coming.

“The old school thing in analytics was ‘tell me what questions you’re trying to answer and I’ll go and find the data and model it for you and come back to you in six months’. The problem with that is customers have moved on six months later.

“Technologies have changed. We can look at all the unstructured information and all the bank’s data and let the analysts figure out what questions they should be asking.”

Read on to find out how insurers are cutting costs by identifying health risks and what's holding Australia back from personalised pricing.