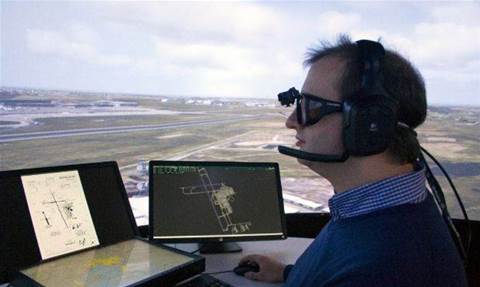 A new Cognitive Human-Machine Interface and Interaction system is using stress indicators - like those from lie-detector tests as well as eye-tracking and brain activity scans  - to incorporate human elements within in-flight guidance.

The new system could support air traffic controllers or even take command of flights and engage the autopilot if it detects a pilot has become incapacitated, said the head of RMIT’s Intelligent Transport and Missions Systems research group professor Roberto Sabatini.

The technology has the lifesaving potential to act as a compromise between a 'dead-man's-brake' and fully automatic remote flight control - because halting a plane mid-air simply isn't an option.

“If computers are helping us fly planes they need to consider more than just weather conditions and other aircraft movements" said Sabatini.

"They also need to understand the condition of the pilot they’re working alongside and change the balance of human-computer control accordingly."

“In the most obvious example, the system can tell if a pilot is severely incapacitated or unconscious then take full control of the aircraft, but there are many more subtle instances of where they can work together and maximise the combined human-machine team performance.”

The system also integrates machine-learning, meaning it would improve with greater interactions and adapt to individual pilot’s idiosyncrasies.

Sabatini said the concept of improved performance driven by “human-machine teaming” like this has promising potential across a range of industries, including aerospace, defence and even healthcare.

Accordingly, the project is supported by industry partners Northrop Grumman, Thales and the Australian Defence Science and Technology Group.

“While humans are creative, flexible and good at strategic decision-making or adapting to unexpected situations, machines provide tactical precision and are better at information acquisition and synthesis,” Sabatini added.

“Both need to work together to achieve optimum performance and that’s where we’re taking this exciting technology towards a whole range of real-life applications.”