LHC could be shut until next year 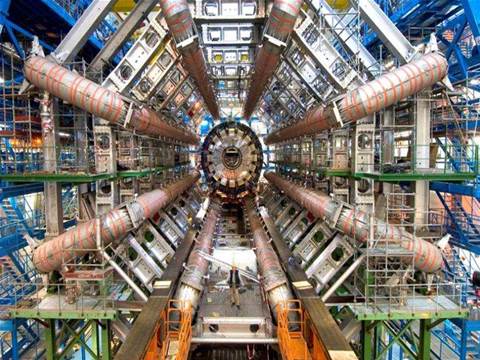 A new fault on the Large Hadron Collider (LHC) could see the device shut down until next year.

Cern is reporting that a faulty electrical connection between two magnets caused a large helium leak on Friday and the section of the collider will have to be repaired.

“For the same fault, not uncommon in a normally conducting machine, the repair time would be a matter of days,” said Cern.

“A full investigation is underway, but it is already clear that the sector will have to be warmed up for repairs to take place.”

However Cern has previously said that it will not run the collider during winter months to avoid draining local power systems. When operating the LHC uses enough electricity to power the city of Geneva.

This is the second fault to hit the LHC since operation on September 10th. A 30 ton transformer within hours of testing and had to be replaced.

In related news the LHC rap performed by scientists at the LHC (and now viewed by over 4 million people), has now become so popular that it is being offered as a ringtone by American company Funmobility.

Got a news tip for our journalists? Share it with us anonymously here.
Copyright ©v3.co.uk
Tags:
collider fault hadron hardware large lhc