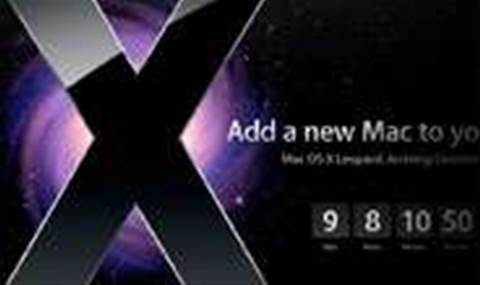 The problem apparently lies in an outdated version of the Java Virtual Machine (JVM), an application that allows OS X to interpret and run Java code.

Java 1.6 was officially released in December 2006, but Leopard reportedly supports only Java 1.5.

Sun Microsystems, which oversees development of the Java language, has released Java 1.6 JVMs for Linux and Windows.

The company does not offer a JVM for OS X because Apple insists on developing its own version, according to a Sun spokesperson.

Apple had previously allowed developers to use a beta version of a Java 1.6 JVM, but this has now reportedly been pulled from Apple's developer site. Apple did not respond to a request for comment.

Users on Apple's support forums have been berating the company over the incident. "This is a show stopper for me, and I will have to revert to 10.4 since my job as a software engineer for Sun requires Java 6," wrote one user. "This will likely prevent a lot of people from upgrading."

Users were further miffed when many of the threads about the issue were apparently deleted from Apple's support forum without explanation.

In an article posted to the Javalobby developer site, blogger Michael Urban vowed to dump the Mac platform completely.

"Not only did Leopard not ship with Java 6, but Apple, in typical fashion, apparently thinks it has no obligation to its customers to inform them about why the plans changed, and when (or even if at this point) Apple will ever have a working copy of Java 6," he wrote.

"Today I am saying: 'So long Apple. The party's over.'"
Got a news tip for our journalists? Share it with us anonymously here.
Copyright ©v3.co.uk
Tags:
16 java leopard run software to unable users