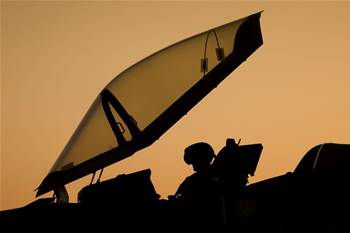 As it continues as system integrator on long-running project.

The interface, which is now in the process of being introduced into service, makes it easier for Defence personnel to access, discover and collaborate on ISR information, improving decision making.

Leidos has spent the past three-and-a-half years delivering the mission system, having been appointed system integrator for what was then described as an “evolutionary program” back in February 2019.

In revealing the FOC, Defence also announced Leidos would continue as the prime systems integrator (SI) for the next two tranches of JP 2096 Phase 1, working with other Australia providers to “ensure approximately $95 million is spent in Australia.

The first contract with Leidos has now been made public, with Defence revealing the SI will be paid at least $51.9 million over the next three years to deliver an enhanced mission system under tranche two.

A spokesperson for Defence told iTnews that tranche two would involve “extend[ing] the same search and discovery functionality delivered by the interface to deployed users” in Australia and overseas.

“[The contract] is a new contract with Leidos to deliver tranche two of Joint Project 2096 to enhance the Wagardi mission system. The project will deliver mission systems to develop and implement essential integration of Defence’s ISR capabilities,” the spokesperson added.

Tranche three, which is yet to begin, is expected to focus on the “integration of data from selected allied, coalition and whole-of-government data stores”, Defence said when announcing FOC last month.

When the JP 2096 Phase 1was initially approved, Defence had $500 million in acquisition and sustainment funding, a figure that had dropped to $450 million when the project reached initial operating capability (IOC) in September 2020.