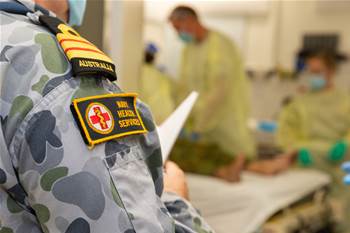 A Leidos-led consortium has won a $329 million deal to deliver a new e-health records platform for the 80,000 deployed and non-deployed personnel in the Australia Defence Force (ADF).

iTnews can reveal the systems integrator, together with partners MediRecords, Coviu and Nous Group, secured the contract for the system, which is officially known as the Health Knowledge Management (HKM) solution, at the end of last year.

The significant deal was recently made public through the federal government’s procurement website AusTender, without an accompanying announcement from the Department of Defence.

DeHS, which is based on EMIS clinical software, was initially implemented by a CSC-led consortium (now DXC) in 2014 for a cost of $133 million – $110 million more than its initial budget in 2009.

The national auditor put the massive cost overrun down to deficient planning budgeting and risk management, findings Defence – and Leidos – will be acutely aware of this time around.

The new HKM solution to be delivered will comprise an e-health record solution that integrates with Defence’s IT environment, as well as with the national My Health Record system.

It will be implemented across both Defence’s deployed and non-deployed environments, which include military and training operations on land, air and at sea and fixed location garrison sites.

Defence issued a request for quotation through its ICT provider arrangement for a commercial off-the-shelf HKM solution in July 2019, following an earlier request for information in February 2018.

At the time of the annoucement, Leidos said JP2060 phase four provided an “opportunity to apply lessons learned” from the Cerner-based MHS GENESIS e-health record and care delivery system it is delivering for the US Department of Defense.

According to Australian Defence Magazine, the HKM was envisaged to be in place around 50 garrison sites by December 2022, replacing the existing EMIS-based system implemented by DXC.

It is unclear if this timeline remains realistic for Leidos and its partners given the contract was only recently awarded.