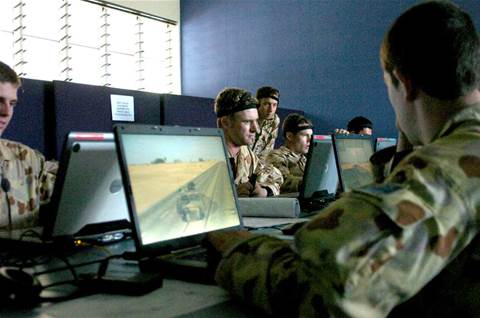 A $110 million cost blowout to the Department of Defence's new eHealth system was a result of deficient planning, budgeting and risk management, the national audit office has found.

Auditor-General Ian McPhee today published his report [PDF] into the Defence eHealth System (DeHS), which was approved in 2009 with a budget of $23.3 million and was scheduled to go live by December 2011.

However, a series of scope changes and budgeting bungles lead to a massive cost overrun - to the tune of $110 million by 2014 - as well as a number of delays to the go-live, McPhee revealed.

He laid the blame for the cost blowout squarely on Defence.

"Defence's planning and management of the initial phases of the DeHS project were well below the standards that might be reasonably expected by Defence's senior leadership, and exposed the department to reputational damage," McPhee wrote.

The eHealth system was to be developed in a staged approach, going from prototype to pilot and becoming production ready by December 2011. It was to be hosted and supported by Defence's IT team.

But in February 2010 when Defence went to tender for DeHS, McPhee said the department sought bids for a different system than was outlined in the businesse case, asking for external hosting and ongoing support.

This change in hosting arrangements "had significant implications for the project's scope and budget, and it was not approved by Defence senior leadership prior to commencing the procurement process," McPhee wrote.

Defence awarded the lion's share of the contract to the Australian subsidiary of United States company Computer Sciences Corporation (CSC), to build, host and support the eHealth system through to 2019-2020.

By January 2011, Defence had agreed that CSC's share of the contract would be valued at $68.9 million, with IT services provider Oakton being paid $6.1 million for project management until 2020.

McPhee attributed the $110 million overrun to a long list of missteps including Defence's failure to scope and cost key components of the DeHS project.

McPhee's office also said Defence did not seek Government approval for the project as required in 2009.

Instead, the Minister of Defence was only informed of the DeHS project in February 2010, just prior to the tender for the project being released.

At that stage, Defence told the Minister the estimated cost of DeHS was just $19 million, despite the approved cost being set at $23.3 million, McPhee said.

McPhee said the department additionally did not undertake an independent gateway review, as per requirements for projects over $10 million in value. The auditor said the agency was unable to explain why no such review was undertaken.

DeHS is currently operational, and used by Defence to provide health care services for around 80,000 personnel throughout the service.