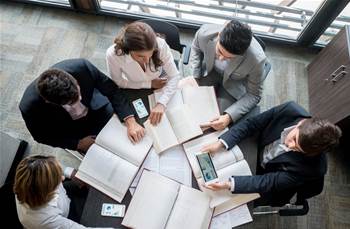 Says 'many' of its systems are encrypted.

Seyfarth Shaw, a global legal firm with Australian offices, said it is the victim of an “aggressive malware” attack that it believes to be ransomware.

The firm, which is headquartered in the US but has a regional presence including in Sydney and Melbourne, said in a statement that it was attacked on October 10 US time.

“Seyfarth was the victim of a sophisticated and aggressive malware attack,” it said in an advisory.

“At this time, our email system remains down. Our phone system is still functioning.”

The firm said that it was but one of an undisclosed number of companies hit “simultaneously” by the same attackers.

“We understand that a number of other entities were simultaneously hit with this same attack,” it said.

“Our monitoring systems detected the unauthorised activity, and our IT team acted quickly to prevent its spread and protect our systems.

“We have found no evidence that any of our client or firm data were accessed or removed.

“However, many of our systems were encrypted, and we have shut them down as a precautionary measure.”

The firm said it is “coordinating with the FBI” and “working around the clock to bring our systems back online as quickly and safely as possible.”

In Australia, the firm appears to specialise in employment, industrial relations, workplace health and safety, and other aspects of corporate and commercial law.