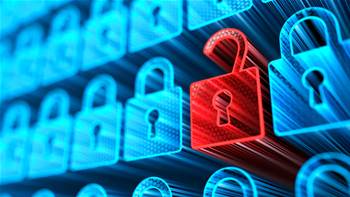 Australia's controversial encryption-busting powers were used 11 times by law enforcement agencies in their first full-year of operation, the Department of Home Affairs has revealed.

The figure was disclosed in the 2019-20 Telecommunications (Inception and Access) Act annual report [pdf], released on Thursday.

It is the second report to be released since the Assistance and Access Act gave rise to a suite of new powers such as technical assistance requests (TARs) in December 2018.

TARs allow agencies to seek voluntary assistance from service providers to provide data or assistance during the course of an investigation.

The report notes, however, that two of the AFP’s TARs – “given to be used against all serious offences as the need arose” – were “revoked prior to assistance being utilised”.

More coercive powers available to law enforcement in the form of technical assistance notices (TANs) and technical capability notices (TCNs) were not issued during the period.

The report indicates that NSW Police and ACIC used their TARs for primarily illicit drug and robbery offences, while the AFP used its one remaining request for cybercrime.

None of the agencies used the powers for "terrorism offences" for a second year in a row, despite the federal government using this reasoning to rush the passage of the laws in 2018.