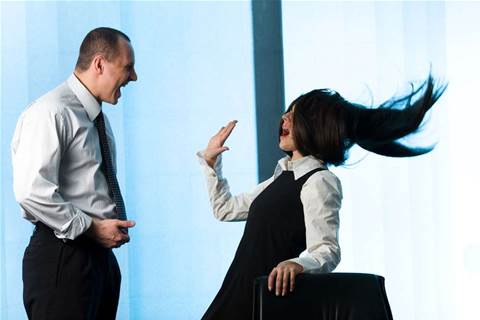 Organisations vie for a say.

The re-launch of UTS's Communications Law Centre (CLC) last night added yet another name to the group of organisations keeping a watchful eye on the build of the National Broadband Network (NBN).

That sat comfortably for NBN Co CEO Mike Quigley, who told attendees at the launch that NBN Co aimed to operate in an open and transparent manner.

"It is important for a publicly funded company such as ours to be completely transparent," he said.

Describing the NBN as Australia's first wholesale-only broadband network, Quigley said the company had limited itself to Layer 2 architecture despite pressure from networking vendors.

NBN Co also faced pressure from lobbyists wanting the network to be deployed first in their local areas, and organisations offering help to make that possible, he said.

Quigley expected passive infrastructure to have been deployed by late 2010, so the company could begin connecting consumers to the network from 2011.

Communications Alliance CEO Anne Hurley told attendees that the alliance, which represented 117 organisations, was a "shining example of industry collaboration".

Citing the Telecommunications Act 1994, Hurley asserted the importance of self-regulation in the industry, where timely, technical expertise was required for effective judgements.

"The industry is best placed to do it [self-regulation]," she said. "The Government could never do it quickly enough because of technology changes."

Hurley said the NBN was "a collaborative exercise involving the expertise of all the industry".

She expected the Communications Alliance to play a vital role in coordinating industry input through forums, a wiki page and online milestone calendar.

ACCAN CEO Allan Asher told attendees that ACCAN was an "unequivocal, forthright advocate of consumer concerns" with a "feisty board" and eleven staff.

Asher said the telecommunications industry had been crippled by the 1994 Act that did not adequately foresee competitive issues.

But those issues would seem insignificant compared to those raised by NBN Co, he said, arguing that the network should be established with consumers in mind.

"Consumer views need to be built into this and not bolted on," he said. "The goal of this whole exercise is to enhance the welfare of Australian consumers, not to create a new organisation or create work for civil servants."

The CLC was officially launched by Senator Stephen Conroy, Minister for Broadband, Communications and the Digital Economy.

The centre was established in 1988 and had research facilities at UNSW and Victoria University before they were disestablished in 2005 and 2008.

It now is affiliated with the Law Faculty and Faculty of Arts and Social Sciences at UTS and aims to promote reforms and undertake research in the public interest.

Initially, the CLC will focus on five key issues: the NBN rollout and regulation; telecommunications regulation; content regulation and copyright; cybercrime; and privacy.

"The development of the NBN and thriving digital economy are already throwing up new challenges," he said, highlighting new business models, anonymity, privacy and cybercrime.

"Technology will outpace even the smartest of law experts ... [but] that is not a reason to do nothing," he said.