Latest ACTA draft to be made public 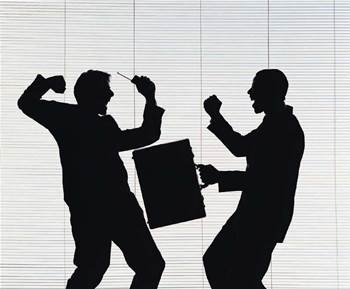 Representatives from 27 countries have agreed to release the latest draft text of the Anti-Counterfeiting Trade Agreement (ACTA), a global effort to harmonise intellectual property laws that has been governed by secrecy to date.

The ACTA treaty, which is expected to have significant implications for both internet service providers and those internet users that choose to share copyrighted content, is being led by the United States and includes representatives from Australia, New Zealand, Japan, Europe and Canada.

Civil rights activists and the internet community at large have been calling on the talks to be more transparent and participatory. Stakeholders from Australia and New Zealand established an online petition calling on the 27 Governments party to the talks to open up the process last week as negotiators met for a new round of negotiations in Wellington, New Zealand.

Negotiators have responded by promising to release a draft of the agreement by Wednesday April 21.

"Negotiations have now advanced to a point where making a draft text available to the public will help the process of reaching a final agreement," the statement said. "Participants have reached unanimous agreement that the time is right for making available to the public the consolidated text coming out of these discussions, which will reflect the substantial progress made at this round."

"In agreeing to release publicly this draft text in the particular circumstances of this negotiation, participants reaffirmed the importance of maintaining the confidentiality of their respective positions in trade negotiations," the negotiators' statement said.

The statement also reiterated promises by Australian negotiators that ACTA would not mandate a "three strikes" or "graduated response" policy, under which ISPs would be forced to cut off internet subscribers accused of filesharing.

"While the participants recognise the importance of responding effectively to the challenge of Internet piracy, they confirmed that no participant is proposing to require governments to mandate a 'graduated response' or 'three strikes' approach to copyright infringement on the Internet," the statement said.

Read on to Page Two for local reactions...