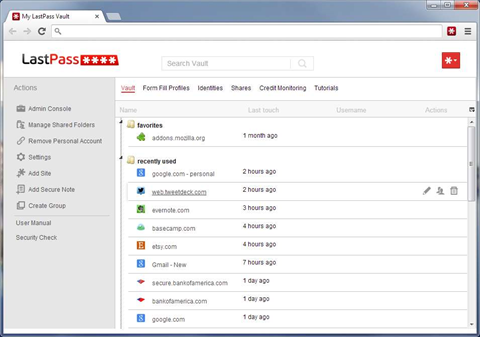 LastPass will continue to offer a free version of its password manager application after being bought by remote access software house LogMeIn.

The deal involves a US$110 million (A$150 million) cash payment along with a US$15 million (A$20.5 million) additional contingency payment, provided LastPass meets specific business targets over the next two years.

LastPass founder Joe Siegrist said in a blog post there would be no change to the "freemium" business model, promising the feature-limited version of LastPass would still be offered for free, alongside the paid-for premium and enterprise editions of the identity manager.

The company intends to use some of the capabilities in LastPass with other identity management solutions, such as Meldium which it bought last year, according to LogMeIn director of investor relations Rob Bradley.

Meldium and LastPass will remain separate for now, although Bradley signalled that LogMeIn would consider combining the two credentials management solutions in the future.

LastPass was involved in two security breaches, one as recent as June this year, in which the company urgently had to ask users to reset their master passwords.

The company was founded in 2008 and counts approximately seven million users, with roughly 15,000 enterprise edition customers. All of LastPass' 30 employees have been offered jobs at LogMeIn, the company said.